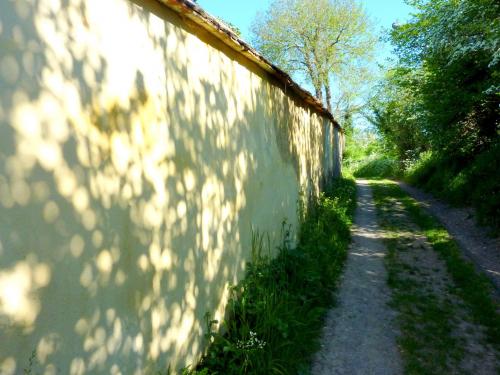 Here at Shasta Abbey, having arrived late Tuesday, I finally hit the wall. This afternoon after over a month of constant activity I gave myself over to doing nothing. Gradually my system booted down and I slept the sleep of the truly exhausted. Ah, wonderful!

Earlier: After I’d listened several times to the classical music loop on the ‘planes audio offerings I slipped into semi consciousness. But before that, just a couple of hours into the ten hour flight, I was already wondering what I was going to do with myself, with my mind, for the rest of the flight. So much for my pious words about doing the work that comes to you and not getting ahead of oneself. I’d become a constant motion machine. It’s hard to just sit and sit with the constant background burrrr of the ‘planes engines, with nothing to do. Nothing at all to do. The steward made the trip though. He was like the kind uncle I never had. So very kind. I didn’t even feel obliged to be a good passenger as is sometimes called for with more brisk stewards.

In the end Alice in Wonderland came to my rescue. Ah! In-flight distractions! And in no time we were flying over Mount Shasta and getting ready to land. Just before we buckled up for the last time the kind uncle came up, bent low to my ear and with genuine sentiment said, It has been a pleasure. I could have wept.

There has been so much kindness all along the way. Thats from leaving Throssel, through visiting the temples of our Order in the UK and Germany, to arriving here in Northern California. How much that is appreciated. Indeed, It has been a pleasure. A pleasure to be out and about and now a pleasure to be here where I spent my early years of training.

One thought on “It Has Been A Pleasure”