With a mug of tea, in the early afternoon sunshine, in the garden, with a book. A gift sent from America. Just Mercy by Bryan Stevenson. Without the benefit of glasses, I glanced at the Introduction and read on.

Today, in the sunshine, reading, my perspective turned around. It was a perfect example of spiritual renewal. From feeling and being grumpy to getting up after perhaps half an hour, uplifted.

Sometimes circumstances conspire to bring about a change of heart, this was so for the author. Yes, the book, the content, the story could not do otherwise. For anyone with a heart. That’s everybody.

Thank you to the woman who gifted me the book. I’ll be reading it to the end. But maybe not in sunshine. We are expecting winter rains and wind. You helped me.

Here below is an extract from an email, published with the recipient’s consent, in which I talk about what I see as the contribution the artist gives into society. Not so easy to put into words, which is precisely the point.
Thank you for your thoughts and reasonings. I can sense there is a lot of ideas, feelings, history, (personal and political and geographical) going around for you. You are an artist, I feel that this kind of mix is almost impossible to express in any other way than through bringing out what is inside (within one’s heart) and onto paper – or whatever ones medium happens to be. Poetry does wonders too. Reaching past and through the ‘ordinary mind’ to touch and illicit an unthought out response must surely be yours to engage with, as the artist with the heart and sensibilities of an artist. Seems you don’t actually have a real choice in the matter, any more than I had a choice to be a monk. It’s a vocation, right?

The fact that you are sitting intensively will help you along, bring what is inside you to the fore. And in the midst of that is your living your life, it just happens to be ‘international’. The fact that you can make a living while you are on your feet and moving is just amazing. I’m applauding.

People would often say to me about ‘settling down’. I never have settled down and probably never will. I don’t actually know what that means in practice but I suspect its about staying in one place physically with a steady job and a steady relationship. Society needs us to be steady or is it commerce needs us to be that way, so we can be reliable and consistent consumers. Please don’t do that!
In gassho,
Mugo

I GO DOWN TO THE SHORE
by Mary Oliver

I go down to the shore in the morning
and depending on the hour the waves
are rolling in or moving out,
and I say, oh, I am miserable,
what shall —
what should I do? And the sea says
in its lovely voice:
Excuse me, I have work to do.

Just a couple of hours in early September, ambling along the sandy beach at Alnmouth  Bay, smelling the seaweed, watching dogs run and play, hearing the swish/woosh of the waves, sitting on a rock as the tide went out – all enough to lift my spirits. It is unmistakable the effect being beside the sea has on one’s whole being.

I wasn’t looking for anything, in particular, that day. It just seemed ‘good’ to stir myself and ‘go somewhere’ while I was having some quiet time/renewal time in August/Sept. My natural inclination was towards exploring the fields and lanes locally to where I was staying. On the day I wasn’t feeling 100% wonderful as I stepped out of the car, there are days like that. During the hours drive the exhaust pipe had broken and the sound of it vibrating against the chassis was both defining and concerning. This I could have done without.

However, it just takes a bit of ‘pushing through’ sometimes, in some circumstances, to let go mentally, emotionally and physically. This is spiritual renewal. There will always be ‘conditions’, inward and outward to push through. Not to reach somewhere else, some happier ‘place’ perhaps but when all conditions come together, there you are. Renewed! what a gift. 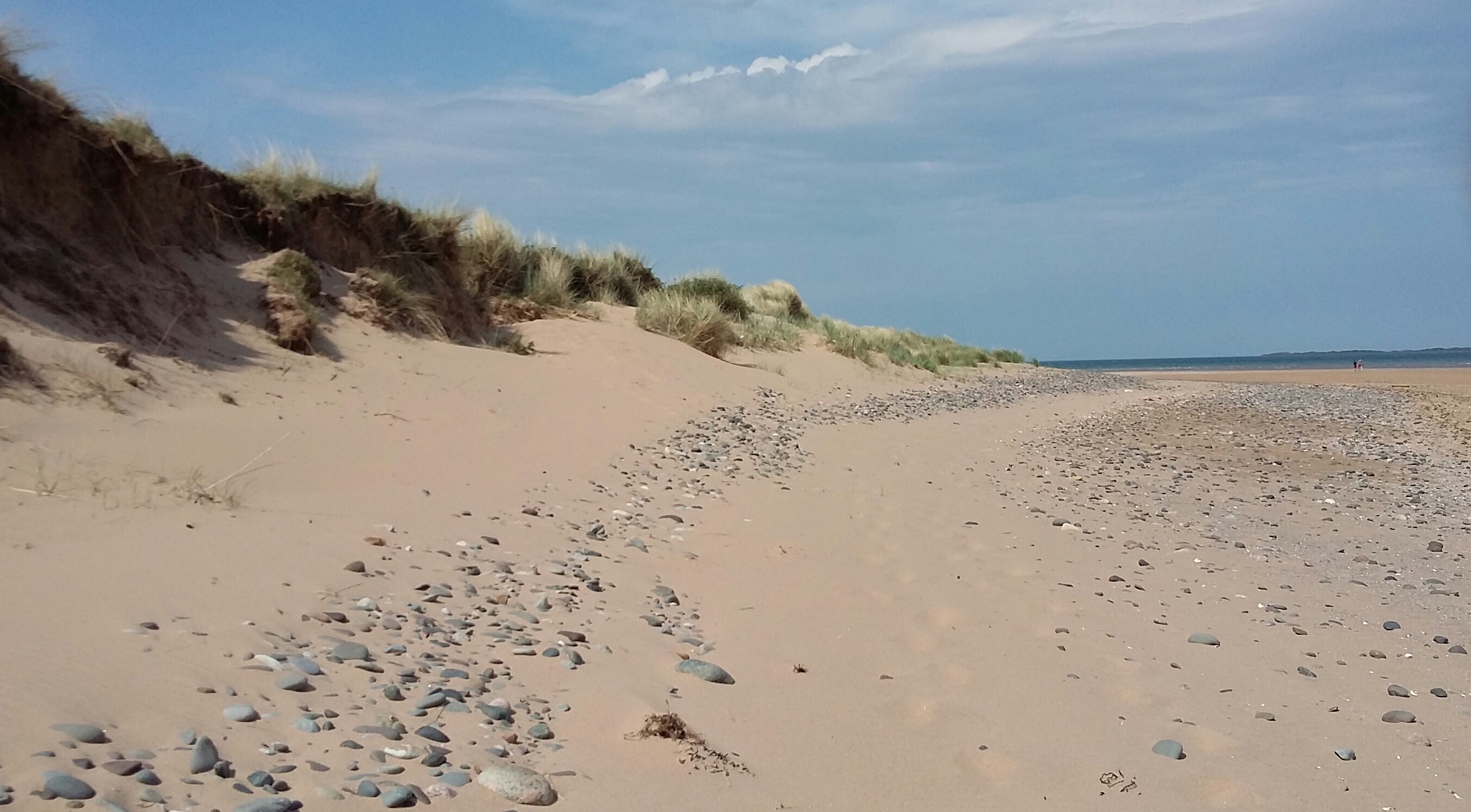 After my ‘change of pace’ this past month it has been a bit of a task to ‘get up to speed’ in terms of writing here. Sisyphus and his rock come to mind. Not that writing here is Sisyphean, that’s a task that is both laborious and futile. Very far from it.

It’s my daily intention to write here but while on ‘quiet time’ I purposefully let that intention fade into the background and turn my attention more inward. Once any kind of intention drops away it takes a deliberate effort to get back at it. For example, the intention to sit formal meditation every day can be hijacked; a day or two might pass and not sit because of other pressures on precious time. It might then take months of absence before girding oneself to sit again. Many people ask about this, ‘how can I establish a regular formal meditation practice’?

It’s too easy to say, ‘just do it’ but there are probably reasons why one’s good intentions fade,; priorities change, circumstances change. In my case, as time goes by  I start to wonder if I’ve anything real to write about,  or is it time I gave it a rest? Are there more important things I could be doing with my time? Excuses? Possibly.

In the end, and that’s what I’ve done, one basically just has to put one’s shoulder to the rock even if convinced writing is laborious and futile – Sisyphean! Similarly, perhaps the intention to walk regularly or to take some time to relax is eclipsed by more pressing matters? Walking, relaxing? Futile, laborious?!! Over the next few days, I’ll ponder on transforming one’s intentions into actual practice. Especially around the area of purposefully relaxing, resting, renewing. Having a ‘change of pace.’ I’ve certainly benefited from that.

Sisyphus was doomed to a life of pushing a heavy rock up a hill, then having reached the top of the hill the rock rolls back down again. Constantly. Are we too ultimately doomed to such meaningless toil? Or on the other hand, doomed to endlessly attempting to reach that ever-receding goal; out there ahead of ourselves and our lives? In search of an ideal life or at least better than ‘this’.

I’ll not be writing on the level of; get fit fast, find enlightenment pronto, or even be a nicer happier person. I feel intention/wish lies at the heart of our waking moments as humans, so this will be about deciding to do something then doing it. We would call that ‘grasping the will’, I’d say it’s about making choices and then following through.

Albert Camus, in his 1942 essay The Myth of Sisyphus, saw Sisyphus as personifying the absurdity of human life, but Camus concludes “one must imagine Sisyphus happy” as “The struggle itself towards the heights is enough to fill a persons heart.”

Replacing that last sentence to read, ‘Living life itself is enough to fill a person’s heart’, causes Sisyphus, and us, to be happy/content simply to live life.