V Mail was developed during WW2 for US soldiers to receive news from ‘back home’ swiftly and securely. Not quite email! I’m just amazed at the physical process involved as well as the security checks. It was quick though and desperately labour-intensive compared to our zingy, zippy electronic means today.

I am reflecting on my recent glitch with my FB Messenger ‘hack’. The mistake, my silly mistake, brought contact with so many from far and near, so I ended up grateful. Many thanks, everybody for your support, help and advice. I’m happy because I have an email on its way to me as a result of the contact and yesterday I had a great catch-up call. 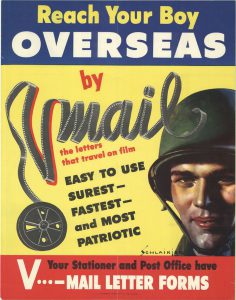 Shortly after entering World War II, the United States military found that shipping and delivering immense volumes of mail to and from servicemen overseas would be a challenge, especially given the need to reserve cargo space for critical weapons and supplies.

The solution, based on the British Airgraph Service, was called Victory Mail — V-Mail for short. The Eastman Kodak-designed service launched on June 15, 1942 and became the primary method of communication between soldiers on the front lines and family at home. A V-mail letter would be written on a piece of standardized stationery, then photographed and transferred onto a roll of microfilm. Upon reaching its destination, the letter would be blown back up to a readable size and printed. From a Mashable article.

Sorry folks, if you have received a link from me via Facebook in the last 12 hours please DO NOT open it because it is spam. I’m locked out of my account for security and now I am working on finding out how to secure my account. Especially difficult as its hard to know what is authentic help for retrieval and what is further scamming.

I spotted these little pigs rootling around in their enclosure this afternoon while out on a chilly walk. Thought they were worth a share.

Shasta Abbey in Northern California was founded 50 years ago by Rev. Master Jiyu Kennett. Rev. Master Haryo the Head of the religious Order I am a member of, the Order of Buddhist Contemplatives, gave a talk on Sunday. It is full of remembrances of his time training at Shasta Abbey and so rich with his personal insight and teaching.

With bows of gratitude for Rev. Master Jiyu and her steadfast ‘going on, always going on’ teaching she would frequently repeat. Deceptively simple yet at the very heart of our practice. The exercising of faith I’d say.

Lemons are selling at half price at the moment. Time for an experiment. Delicious! 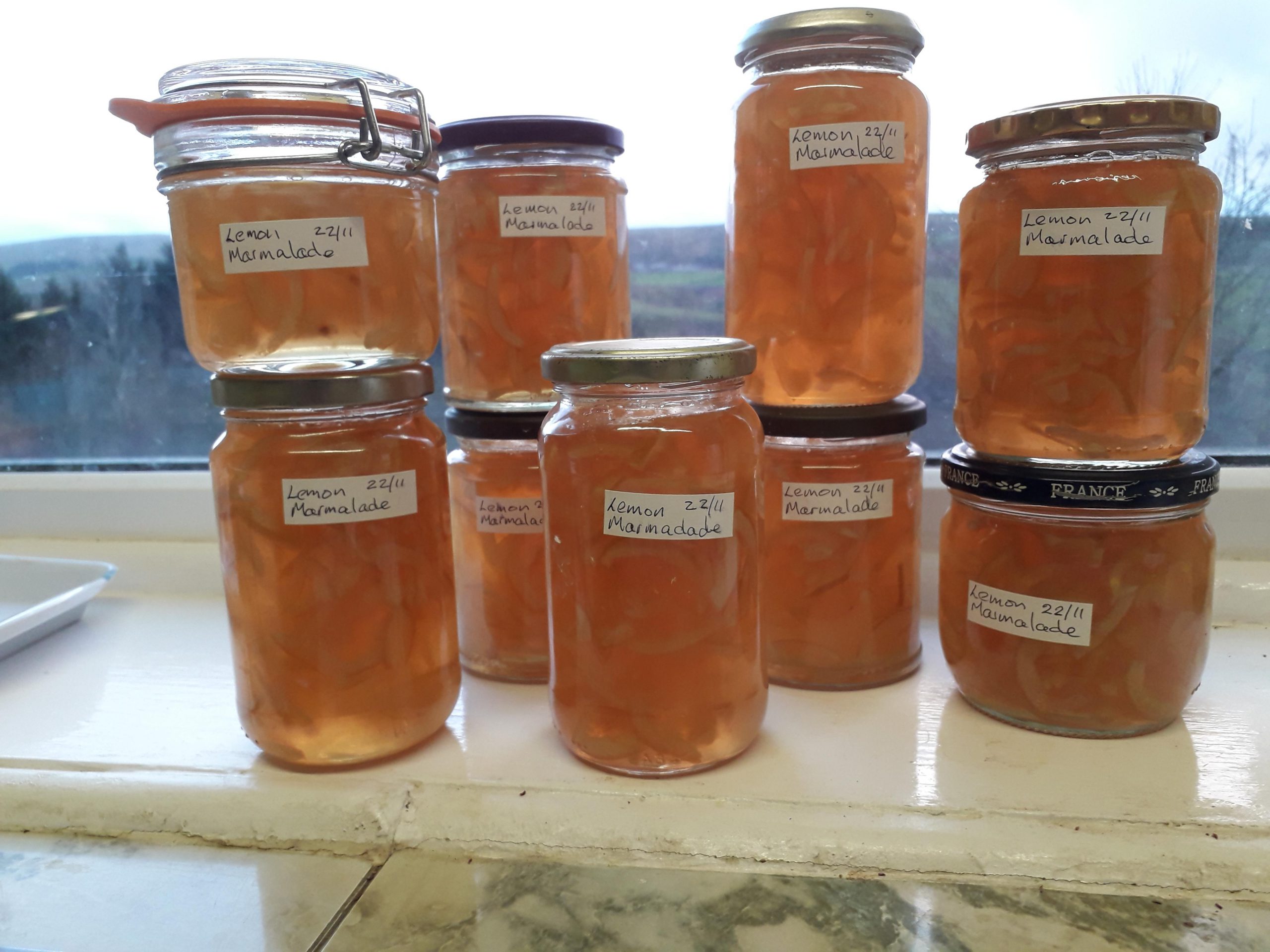