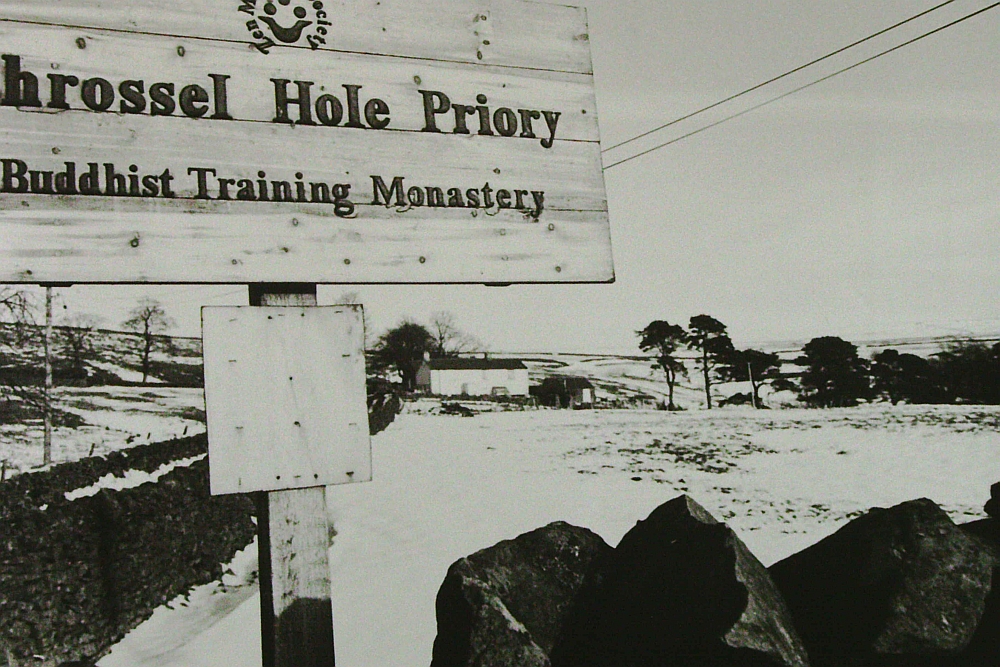 Here is a photograph from the monastery archive. For those who know this place you will see just what an impact the planting of the thousands upon thousands of trees has had on the general landscape. Back in 1976 this is what the land looked like from the road. There wasn’t a lane running up through the bottom field to the side of the main buildings, as now. Brr, it looks bleak. However with the trees now all grown up into a mature woodland the main buildings are hidden from view and the open land above the farm-house is now wooded.

The Throssel website was relaunched a couple of days ago and is working well. If you go to the Galleries section there are a number of collections of photographs, a number of them taken just about a week ago, which will give you an idea of how things look now. The above photograph is in the gallery titled As it Was in the 1970/’s. Uh! But that I could get that forward slash out of the title but try as I may it isn’t ready to shift.

My part in the relaunch has been confined to photographs and I’m keenly aware that more photographs of How It is Now, especially how it is for retreat guests, are needed.

When I ask visitors who have been coming here since the 1970’s what is the biggest change they invariably say, the trees. And the thousands upon thousands of Rabbits! Anybody have a photograph of them on mass on the lawn?

Bows to those who did the behind the scenes technical work  which has made this re-launch go so smoothly and seamlessly.

2 thoughts on “Throssel Hole Priory – As It Was”