Hokyoji is one of the oldest of the Soto Zen temples and very unusual in that it was founded by a ‘foreigner’, a Chinese monk called Jakuen who was a contemporary of Dogen. Jakuen (Ch. Chi-yuan) is said to have returned to Kyoto with Dogen in 1227 and then stayed with him until Dogen’s death. Afterwards Jakuen established this temple amongst the pines up in the hills above Ono about 30 miles from Eiheiji and in a location that would feel familiar to congregation members from Montana or Idaho.

Last year the temple was badly damaged by floodwater and mud slides following torrential typhoon floods in the valley which washed away roads and railways. 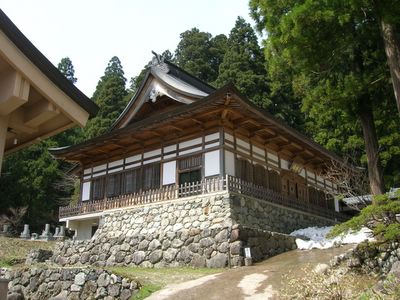