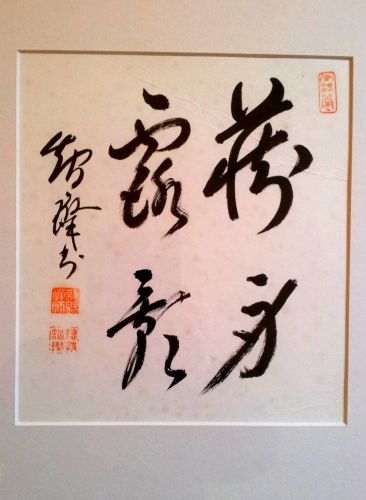 We have been talking about communication and keeping to the Precepts. This calligraphy was pointed out to me this morning. Thought I’d share it with you all. How could I not do that!

It is a question we all need to ask of ourselves. That’s to reflect on our giving, be it materially, emotionally and in all the gross and subtle ways giving manifests. We have a saying in Buddhism which goes As long as bowing lasts Buddhism will last. At the heart of bowing is gratitude. For the woman who speaks in the article her giving pipe had a major kink in it.

Perhaps for all of us the life lessons which are so very painful are around giving. We extend a loving hand and it is rejected, turned away from, giving goes bad over time. Love is saddened.

Years ago, in India, a monk warned me, “Never give anyone more than they are emotionally capable of receiving, or they will have no choice but to hate you for it.”

At the time, the advice sounded cynical, even cruel. It certainly flew in the face of Christianity’s highest charitable ideals, as famously expressed by Mother Teresa: “Give until it hurts.”

But these days, I’ve come to believe that when you give heedlessly or with an agenda, you actually can give until it hurts, and that the person who is most gravely injured in the exchange is the other guy.

Confessions Of An Over-Giver CNN News

Giving is coupled with receiving. Giving and receiving are one movement. Beautiful, and indeed fulfilling, when giver and receiver know deeply the one movement – of the generous heart. What’s in ones hand, so to speak, is simply an outward expression and not insignificant for that.

Thanks to Julius for the link. As always much appreciated. It is a touching story – and so human.

This morning I received a brief email from somebody simply saying, It will all work out. This was in response to my apologetic email. Yesterday I’d bungled a communication where I was not clear about what I’d said. This lead to an assumption that the answer was NO when it was actually YES! Such bungles happen with the best will in the world. Kindness coming our way changes us on a fundamental level.

And then Dave R. left this response to yesterdays post on grief. Thank you as always for your reflections. They have a power – for the good.

It seems to me that when someone we know dies a part of us dies; all opportunities to experience with that person end. Yet part of them live on in us that remain as we will live on in others.

Looking back I see that I am no longer the child, teenager or young man that I was; each has passed. I continue to change. And there is grieving not for the loss of those years but for what might have been in them yet could not be. And all the people I once knew in those years have passed too, not all into death but they are not unchanged. We share such a short time in life as it arises and passes and yet so much takes place.

Expressing kindness and sympathy are an expression of generosity of spirit. The power is the power to ignite that generosity in others. 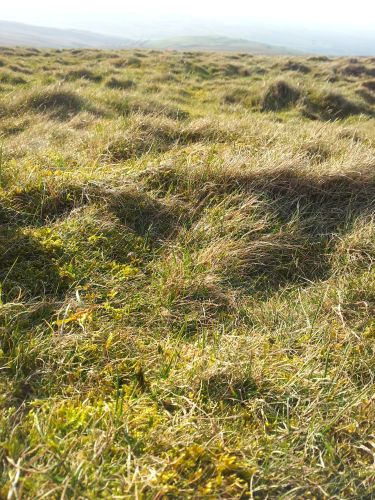 Gone to the top of the hill

I went to the top of the hill where the late Iain Robinsons cremated remains were scattered last August. Thought I’d gone for the view but as it turned out it was to let a trail of grief into the breeze.