Flying West to
Eastern Europe
A culture
Shift – a shock.

Looking at normal
So called – but whose?
Normal questioned
Humbling – humbled.

From West to
East with refreshed
Eyes and mind
Disturbed.

Good to be disturbed, to have ones cultural norms thrown into sharp relief. Jigger – jagger! Moving around can loosen ones foundations. There is no   permanent ‘place’ to lay ones mind. The Soviet past is like a particular perfume mixed in with a swipe of eye watering cleaner. Mixed in with pre Soviet grandeur. This is all a challenge to the mind that, has views. Not to be held on to. Acknowledged here? Yes.

We have a full schedule of activities organised for the next few days. Our host is a Latvian born American monk here establishing herself to teach the Dharma. I’m impressed already.

As we passed this car last Saturday my companion commented, as much to himself as to me, ‘That’s your worst nightmare right there’! Take my ‘wheels’ off and render me immobile? How would I be? Just fine I am sure. When I broke my leg in late 1999 I ended up enjoying enforced immobility. Although I have to confess to being ‘difficult’ at a certain point in my recovery.

Now I’d better find out where exactly Latvia IS! Before flying there tomorrow. A very heavy world atlas is calling to me.

Mobile – Immobility
Moving – Stillness
Walk on – sit up
Lay down
Sleep.
Wake Up!

How fortunate we are to be born a human being, to have found a path and to keep walking on. No matter what.

Walking on sometimes means not moving though. 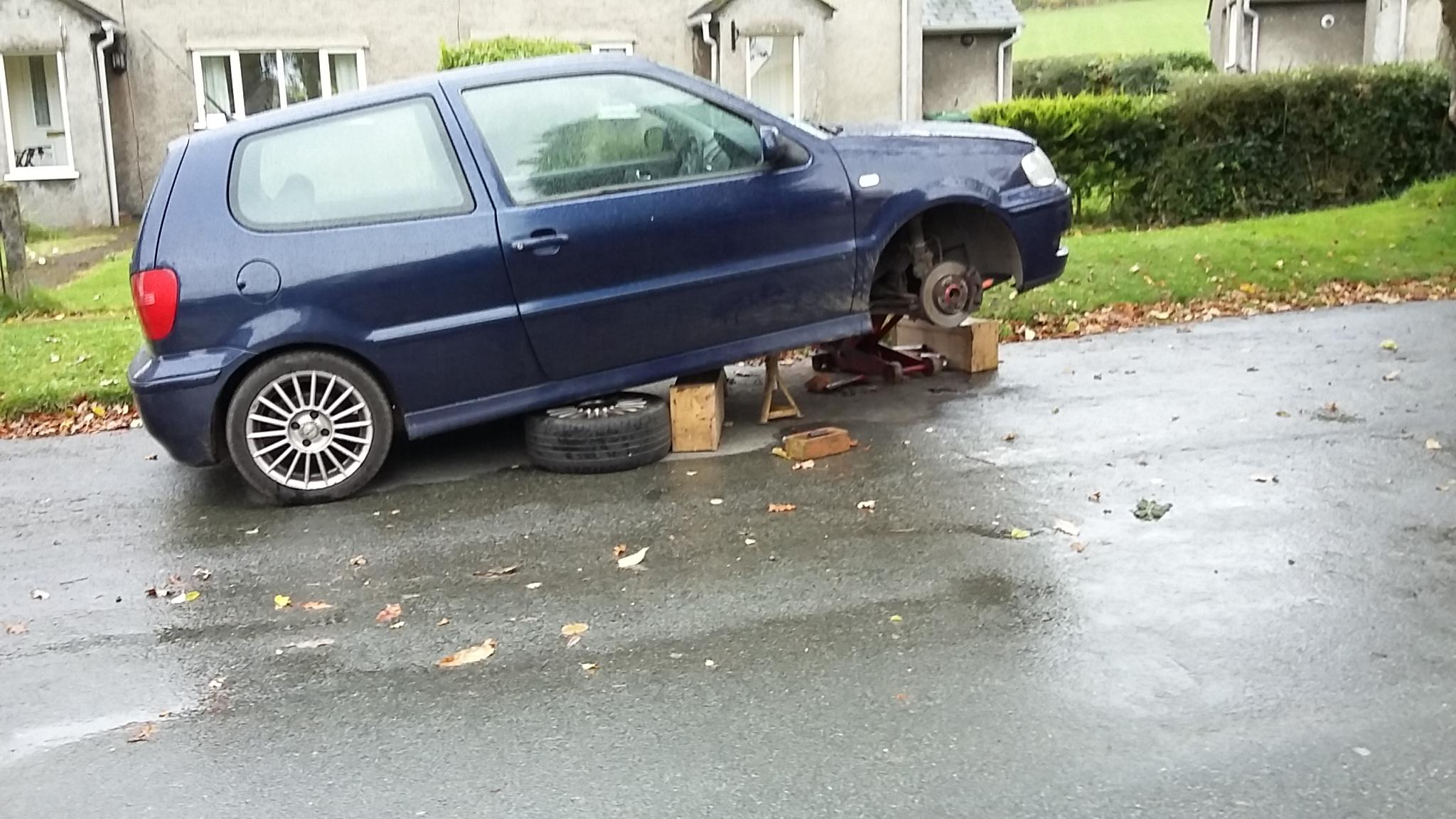 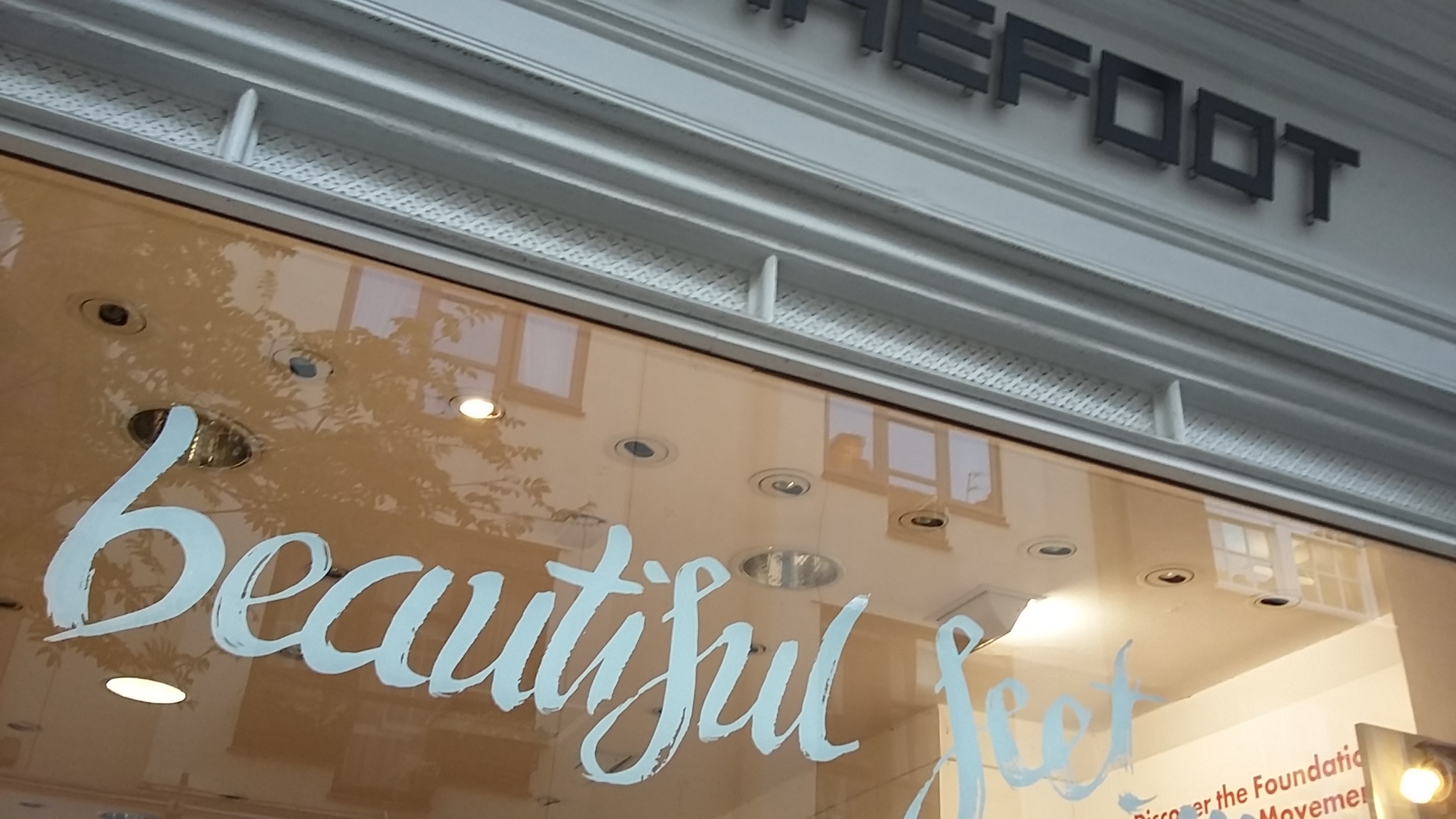 Years ago a friend who contracted polio as a young child, and was confined to a wheelchair until he was six or so, described how it was to walk for the first time, barefoot on grass. He luxuriated in the memory and I shared in it.

There is something about the contact with the ground which we all know about but lose touch with as we graduate from sensible sandels to fashionable foot torture!

So. Please join me in my joy and enthusiasm for my shoes bought in London today. Barefoot shoes, Vivobarefoot shoes. Yes the shop window says it all, Beautiful Feet…..are happy feet. Which makes for a happy memory of a chap from long ago. Imagine remembering in detail ones first steps!

This post is for all those who walked on the ground for the first time, and lived long enough and had the words to describe it. Viva Vivo! 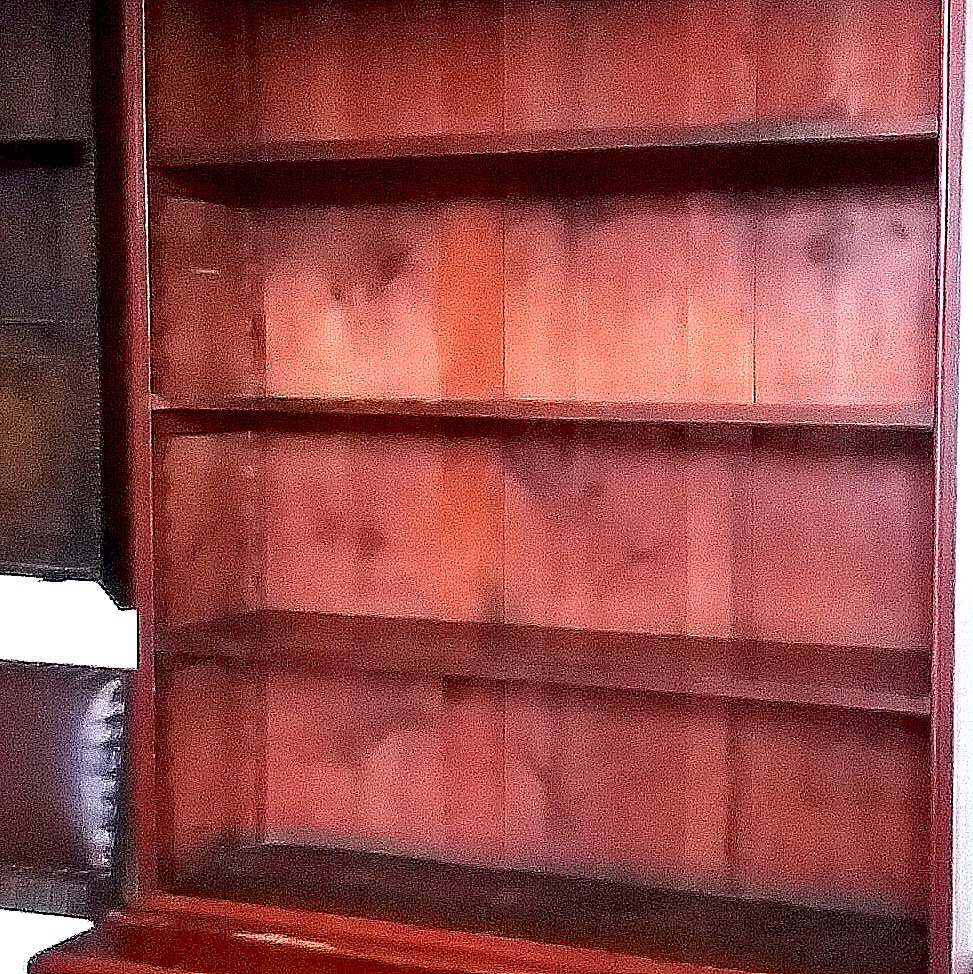 Today I am driving to the village where I lived, on and off, from 2010 to 2014. Which belonging to the late Iain Robinson and his wife. Iain and I went and saw the house about this time of year in 2009 and he instantly felt it was for him. Unfortunately the house has not sold since his death in 2011. But fortunately for me I am able to pick up the items I didn’t have the room in the car for last July. Which is when I packed up and left – heading towards Canada and the US. The books are all gone and the one refered to in this post is in Japan now. It will be interesting to visit the house and village after a year or mores absence. Maybe I’ll be able to take a walk in the hills while in the area. Or not. 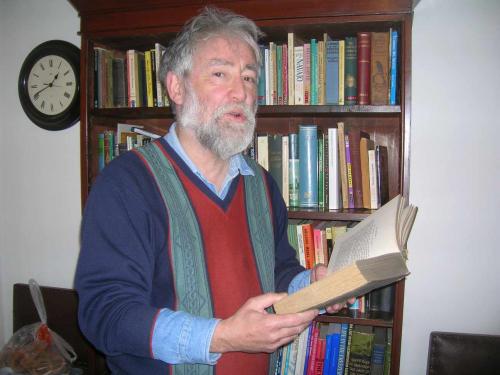