Alas, too many people drift with the skiff to fathom the sea.
From time immemorial they are causes of endless deception.

These are the last two lines of the poem by Ryokan. It is time to move on from this series. What better way than to celebrate Norman Trewhitt who died on the 26th May in Lancaster England from complications arising from a long time blood condition. He received lay ordination on 25th December 1979. Yes, he tried to fathom the sea, we talked much, he thought much. And believe me, he lived a rich and very varied life.

This photo was taken in 2008 in Cyprus where he taught in the summer for several years at an art school. Artist, SRN, fell runner, musician, foundry worker, medieval reenactment buff. Err, and biker. His four adult offspring are proud of him, and sad too. Blessing to them all.

Falsehood, when you see it as such, becomes at once truth.
Truth and falsehood are the mated edges of a double sword.
None alive can separate with certainty one from the other.

This is the best I can come up with tonight on these words from Ryokan’s poem. There are biblical references As in the word of God is….etc. I just thought to do a rap on this one otherwise I could be here all night typing.

The sword cuts
the dual
in one!

And being envious of others in their supreme achievements,
Wastes the mind night and day in efforts to exceed,
Truth, if you cleave to it as truth, turns into falsehood.

Ah, at last, I have a ‘way in’ to talking about this section of the poem by Zen Master Ryokan. Envy, when it is more than just a fleeting thought or emotion it acts over time on body/mind, rather like a poison would. Slow acting but going deep into one’s system there to be activated when the object of envy comes into mind or view. We all, no doubt have been there but it’s a hard one to acknowledge to oneself and even harder to speak about. Oh, the shame!

Nearly a decade ago I wrote a post titled Mudita-Sympathetic Joy. Mudita is one of the Buddhist virtues and is, or can be an antidote to the poison of envy and jealousy. There are a number of references in the article worth reading.

This quote comes at the very end of the article and it’s important, critical I’d say to understand what we DON’T do in this tradition. Mudita is an important teaching, but not a deliberate ‘practice’ as it might be in other Buddhist traditions. This is Zen, the non-doing non-seeking Way.

Just to make it clear, in Zen the closest we come to cultivating virtues (mudita being one of them) is seamless sitting. That’s meditation in daily living, formal Zazen within the heart and intention of the Precepts.

The word ‘exceed’ caught my attention too. To exceed, to ‘better’ or surpass the perceived ‘supreme achievements’ of those who have ignited envy. Well, in short that’s a road to nowhere. Sad and understandable as such a drive might be. All, oh so understandable though.

“Truth, if you cleave to it as truth, turns into falsehood”.
Let us not ‘cleave to’ our version of reality and then believe that to be true.

even the deepest insight,
the most profound experience
fall to the ground
in sadness and tears
The Universe surely weeps 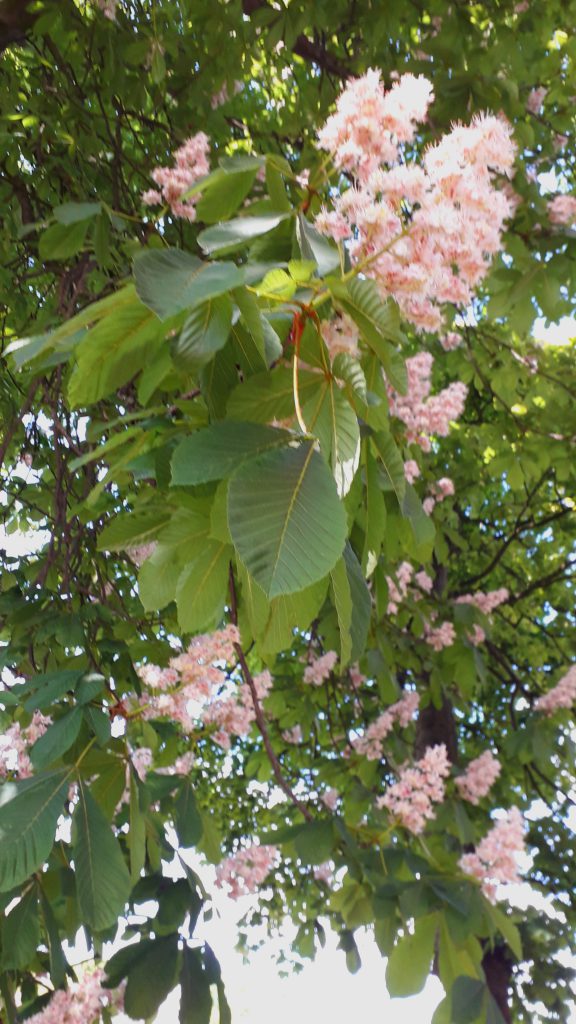 conker tree
how the wind lifts your candles
to the sun

Thanks to Fred for the photograph and heiku.

grey sky
the wind in its fury
trees bow