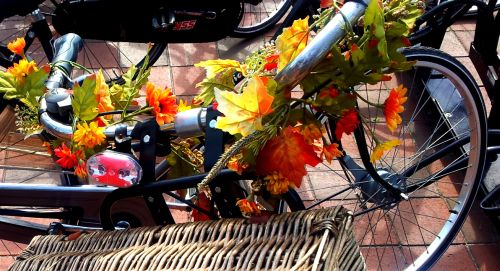 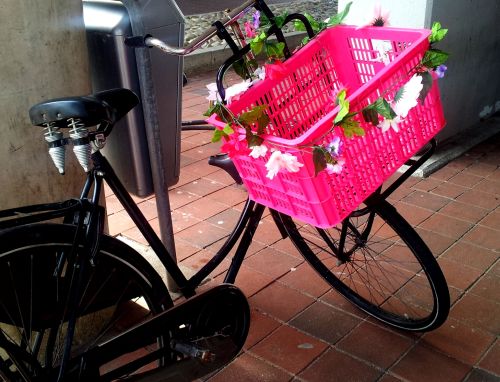 Think of The Netherlands and think bicycles. The sit up and beg type, as we term them in the UK. Heavy, utilitarian and well…very upright. Nothing mountain bike about the Dutch bike! All ages are out spinning along and somehow I sense that the Dutch go into a different zone when they are peddling. Alert and fast while at the same time seemingly profoundly content. This evening a couple sped past side by side and close together, the chap had his hand on the girls waist. A variation on strolling hand in hand in the evening shadows. At speed.

While I am in The Netherlands for the next five days I’ll be watching out for bikes dressed up with flowers as you see above. The practice has become quite the thing I understand. And in an interesting switch of power on the roads, here it is the motorists who are nervous of the cyclist and not the other way around.

Bike it you’ll like it! A slogan from times past when we cyclists of Manchester took to the city streets on mass to lobby for more cycle lanes.