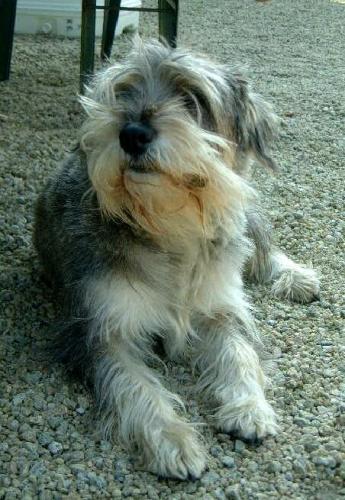 It has been an extra long day. A good day. The car was mended. The bamboo in the back garden pruned. The Rosemary bush in the front garden trimmed, artfully, into a pyramid. And, AND the text for the leaflet I’ve been working on since April has been finally (almost) finalized.

The photograph is for Rev. A. at Throssel who admired the photo of Muji the miniature Schnauzer published several days ago. I have it on good authority that Brew in Brittany is a standard Schnauzer. And all around postman chaser as well!