The monks retreat has ended however there is still time and space for contemplation. With this in mind I’m returning to very dear Zen Master Ryokan’s poem’s which I hope you will enjoy as much as I do. The photographs accompanying the text will be of fungi. This is for no other reason than I rarely get a chance, or reason, to publish them! The type of fungi I have grow on trees.
About Fungus in Wikipedia.

…the fungi are now considered a separate kingdom, distinct from both plants and animals, from which they appear to have diverged approximately one billion years ago. Many studies have identified several distinct morphological, biochemical, and genetic features in the Fungi, clearly delineating this group from the other kingdoms. For these reasons, the fungi are placed in their own kingdom. 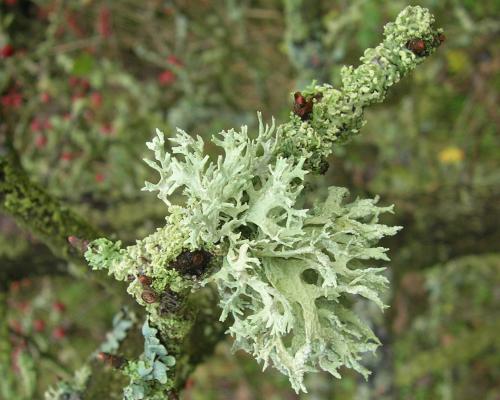 This is Lichen, see comment for it’s place in the fungus kingdom. (edited on 19th December, 2008.)

3 thoughts on “Going On, Always Returning.”