This is a somewhat alternative view of the Lake District. There was moss and trees, long views and snow on the mountains. It was the built fabric which caught my attention yesterday. It is the journey that counts, gaining elevation need not be the main focus. Though it so often is. 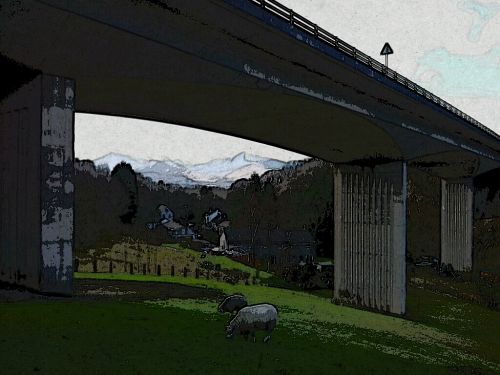 Snow covered Grisedale Pike seen through a bridge arch.
Greta Bridge voted by readers of Concrete magazine as the Best Civil Engineering Structure of the Century in 1999. 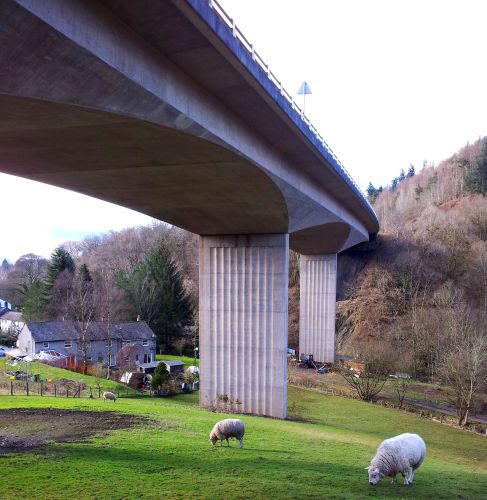 On a visit to Keswick and its surrounding hills Greta Bridge might not be the first call on sights to see. And one to photograph and post here. For most travelers it is just another bridge on the A66 carrying you closer to booted and gaitered pleasures. From below though – what grandeur within grandeur. Ah! the Lakeland Fells. Name those fells...as seen from Latrigg Fell.

Yesterday I joined a sangha walking group for the day. We spent most of our time scaling the dizzy heights of Latrigg Fell (368 m (1,207 ft)and one of the lowest of the fells) and then slipping and sliding down to the one time Cockermounth/Keswick to Penrith railway line. The track bed now a walking and cycling byway. The sky was blue and the sun was smiling upon us.

Here is a Cycle Path Network Millennium Mile Posts beside the railway line. This one titled Fossil Tree was designed by John Mills. The post takes the form of an abstract tree with relief imagery of fossils depicting the passage of time from early primitive creatures to the ultimate demise of fossil fuel driven technology. The helpful hand, connected to a person of course, points out the fuel on empty.
On a sunny Sunday afternoon the bikes were out in force with young children leading the parade. Watch out!!! 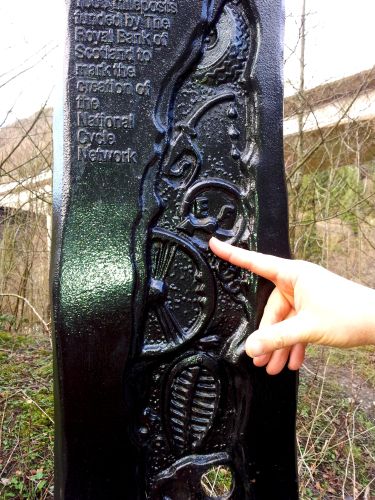 No day of walking is complete until after tea and cake! We went to The Lakeland Peddler. This very pink shop is close to the Peddler and I couldn’t resist a photograph. 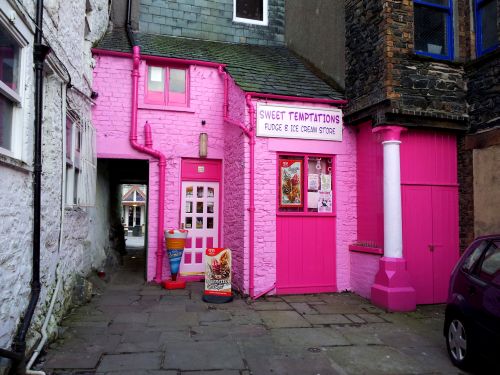 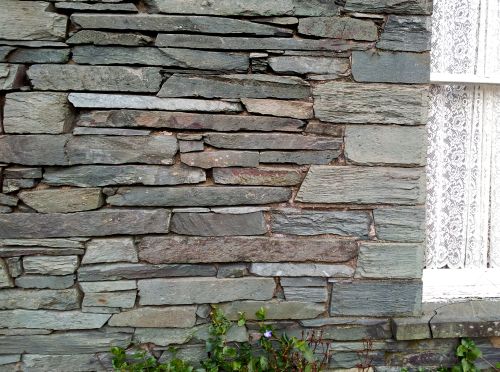 All in all twas a grand day out.

This post is for Lotti Dog, R.I.P. dear friend. And for her people now grieving.