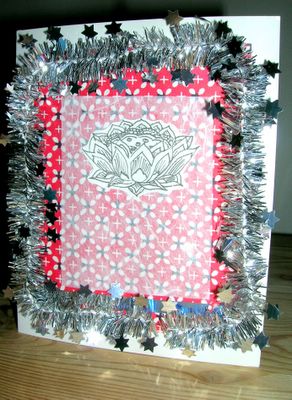 2004. Edmonton, Canada. The cards in 2004 were hand made and when the children got hold of the glue and tinsel…the sky was no limit! The text inside the card read “Shakyamuni Buddha was, is, and will be awakened upon beholding the morning star.

This is a post from December 25th 2005 (hope I’ve got the year right) when I was running a Priory in Edmonton, Canada. The cards were, to be honest, a bit ‘bonkers’ one-of-a-kind and those of us who made most of them, while holed up in a very snowy Valemount in BC Canada, were inspired by the children who made some at the Priory.

This is for all those who find themselves alone and lonely. This card is for you.