It was a long day of driving on Friday finally getting into Edmonton around the time when the Oilers (the local ice hockey team) won another game. There was much distant hooting and shouting going on.

First stop Jasper
By complete good fortune I arrived on the platform at Jasper to catch a photo of the observation car and one carriage being shunted out of the station accompanied by the engineer on his bike. “We’ll be back in twenty minutes” he shouted as I ran along beside him, “We are just turning round”. This was not the Canadian, the long train that runs between Vancouver and the East Coast, just the short stubby one hiking over the mountains to the west coast and back. Gazing in awe at the engine, a great powerful mass of thundering metal, I had a thought for our very own train driver. He survived a train derailment in the Rockies not so long ago, here’s thinking of you good friend. 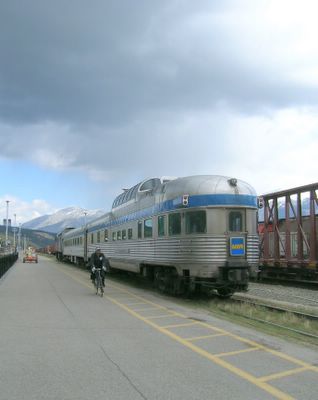 After Jasper we turned along the Columbia Icefields Parkway. One of the worlds ‘must travel’ highways which one is required to drive at a very sedate pace. Pulling off for lunch we found a raven waiting, mysteriously. Already it had a presence greater than simply being a big black bird. It advanced closer and closer then bundled itself onto the car and gazed through the windscreen while we ate. 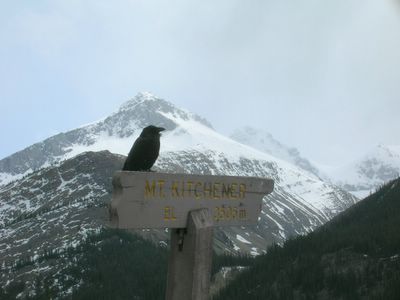 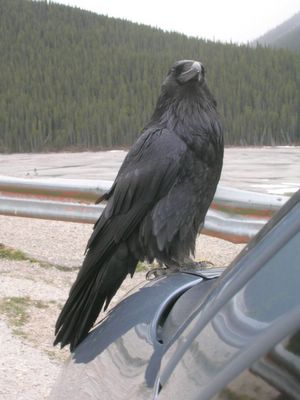 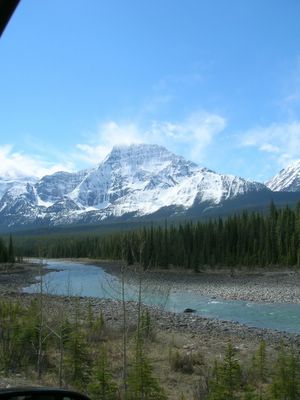 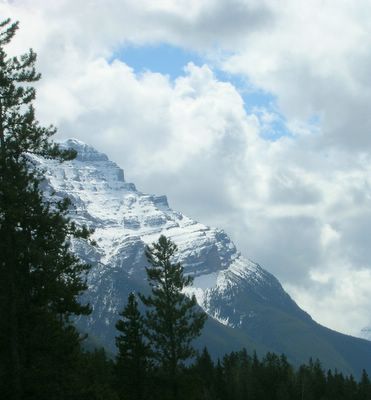 Mountains and rivers, rivers and mountains. There were incredible views all the way.

Columbia Icefields
We entered another world up there above the tree line where glaciers flow, icefields nest and, when we were there, the snow flies horizontally! It was one of those times when one could be put off ones stride by the seeming blot of commerce.

As I reflect now on my visit it is the majesty and promise of these high places that remains with me. Much in the same way as I remember the great Buddhist halls in Japan, China and Taiwan I visited a year ago.

One thought on “High Places”