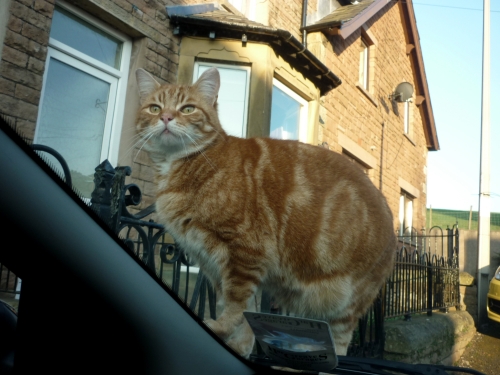 Looking for a home…. 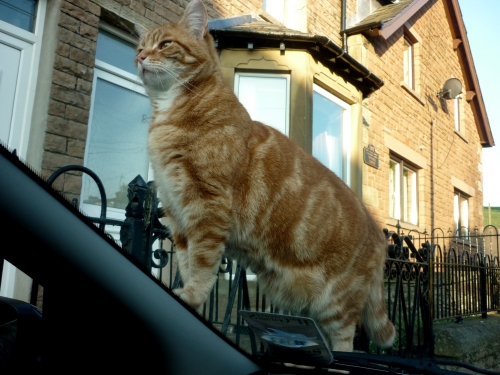 Still looking for a home…. 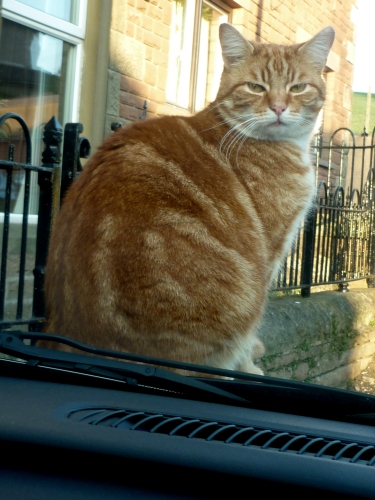 Free and noble spirit – glad of a meal.
My parents had a succession of ginger cats, all strays. The last one they called Olly after Orlando The Marmalade Cat who featured in a series of children’s books. I see that Orlando Went To The Moon and then in another book Orlando Becomes A Doctor! Cute.

This cat made his move this afternoon. As I pulled up after being away over night the fur-ball ginger was pacing the wall outside of the house where I am staying. He, and ginger cats are generally male, jumped onto the car as I came to a full stop. Sooo cute. But unfortunately I can’t take on a cat, as much as I’d like to.

The story goes that he lived across the road and when his people moved he wouldn’t. He just kept on finding his way back to his known home area. Animals are just amazing at navigating their way back to where they regard as home, often traveling huge distances.

Ginger looks fit and well though. The new house owner is probably feeding him. Probably half the neighbouhood is feeding him! You have to like them don’t you. Love ’em really. I think it is their free spirit and them being their own cat, so to speak, that makes felines so very attractive.

7 thoughts on “Orlando (The Marmalade Cat)”