Update 28th May: The original map published last evening has been replaced with this one. So anybody who rushed to download yesterdays map with a view to following the marked trail….please delete and use this one. Can’t be too careful about following the official footpaths, although it is not always so easy to know where they are. I speak from experience! 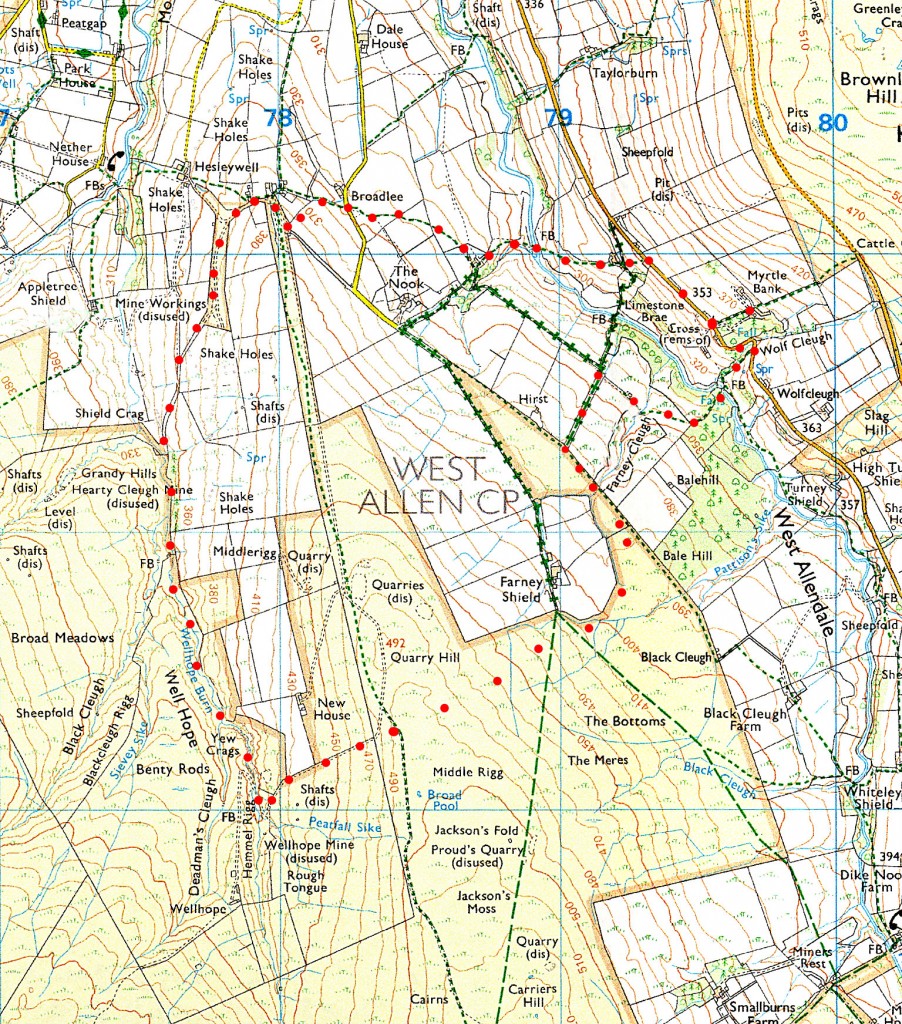 It all makes perfect sense, now! Here is a map of the ‘Well Hope’ walk which I, along with a trusty walking companion, did yesterday. More than three hours walking but we were not rushing.

About a month or more ago I attempted this walk alone. Although armed with this map I lost my way, ending up in the next valley over from the one I’d intended to walk down. It was a bit of a shock to round a hill to find I wasn’t looking at our familiar valley with the monastery reasuringly nestled on the opposite hillside, as in the photograph below. To be honest I have been reluctant to try the walk again and reticent to mention this fact. So I was glad of the company and especially glad to  be helped with the correct usage of the words reticent and reluctant! What little gems they are too. And what are good Dharma Friends for if not to pass on the gems of their knowledge and understanding.

Certainty is a dangerous beast to be sure. In terms of my failed attempt at the Well Hope walk I was convinced I was on the correct path! Truth was I wasn’t on a path at all! I remember thinking, I’m not lost I just don’t know where I am in relationship to everywhere else! That’s mistaken certainty, with an extra helping of delusion thrown in.

Oh and I’ve thought myself to be reticent about doing  things when in fact I was reluctant! Now thinking about it certainty, knowing you are right, isn’t the issue. It’s ignorance isn’t it? Only when proved to be wrong, wrong valley and wrong word use, does the habit of certainty even come up as an issue. If you are right, then you are RIGHT and why would one question that.

So I think of Buddhist practice, meditation, being about shining light on ignorance. That’s the ‘not knowing’ form of ignorance and also the ‘ignore-ance’ form. Humbling thought. Yes, and sometimes, depending on ones personality and make up, it is important to retain the thought ‘I could be right‘, self-doubt being the default for many people.