Back in the nineteen seventies I’d be getting ready for work when Thought for the Day would come on the radio. The program is still running but I doubt if it starts with words In this morning light…. Back then I must have been ripe for a reflective moment because almost without fail I’d pop a few tears as the program began. It then went on to reflect on something topical from a religious perspective. Mostly a Christian perspective but not exclusively so. Perhaps we could have our own thought for the day here, or volunteer…for Thought For The Day. Just a thought.

This picture was taken this morning’s morning light. The sun glanced over the hill just as I was about to press the shutter. New to me is the concept of the Golden Hour, the first hour or so after the sun rises and before it sets in the evening when the light is soft, the edges less defined, the colours warmer in tone. (Thanks to Maria for that information) 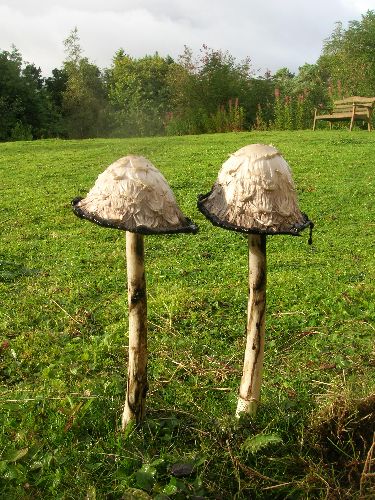 These are mature Shaggy Ink Caps. After a night of rain they are not at their best. Soggy Ink Caps I’d call ’em. 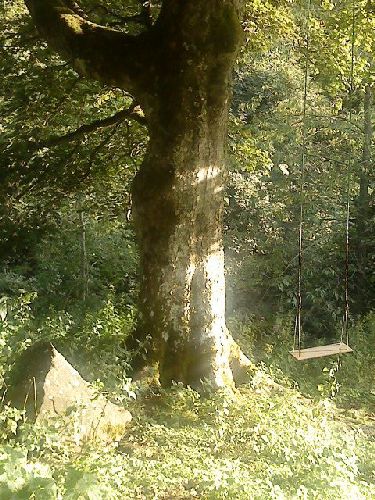 …and at the other end of the day, the golden light of evening here at the monastery. Photograph by Maria – thanks so much.

2 thoughts on “In This Mornings Light – Photographs”