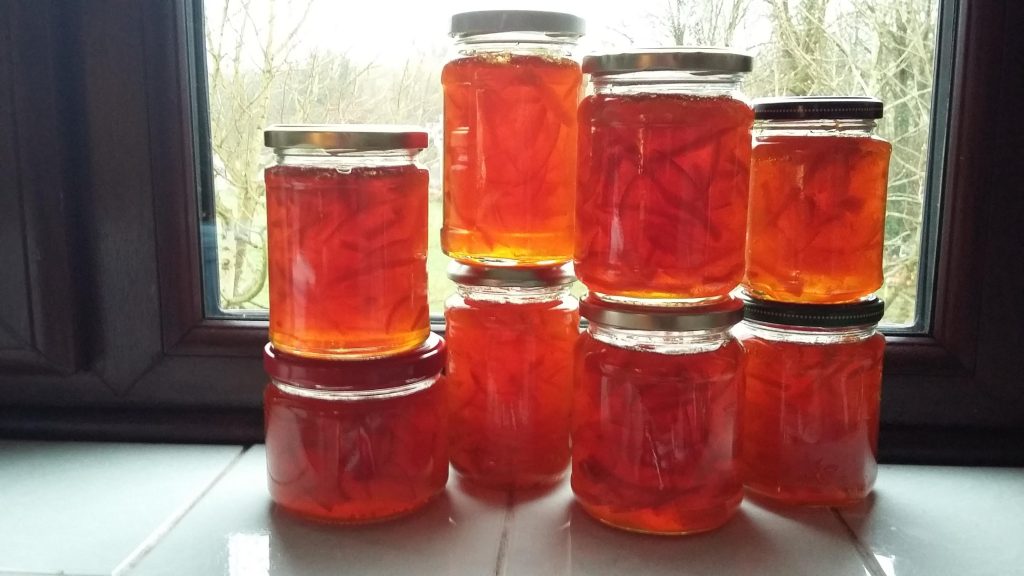 “Whatever you can do or dream you can, Boldness has genius, power and magic in it!”

The other day I definately committed to making another batch of Marmalade. A creative act. Once committed somebody, by chance heard my plan and offered her hands to help. Couldn’t have done it without you Jenny. And the first batch of Marmalade? Maria, I could not have done it without you! Definitely committing doesn’t need to be heroic, a Himalayan expedition for example, Although I’d have been game for that before entering monastic life. The closest I got was flying over the Himalayas. Fabulous!

… but when I said that nothing had been done I erred in one important matter. We had definitely committed ourselves and were halfway out of our ruts. We had put down our passage money—booked a sailing to Bombay. This may sound too simple, but is great in consequence.
Until one is committed, there is hesitancy, the chance to draw back, always ineffectiveness. Concerning all acts of initiative (and creation), there is one elementary truth, the ignorance of which kills countless ideas and splendid plans: that the moment one definitely commits oneself, then Providence moves too. All sorts of things occur to help one that would never otherwise have occurred. A whole stream of events issues from the decision, raising in one’s favour all manner of unforeseen incidents and meetings and material assistance, which no man could have dreamt would have come his way. I learned a deep respect for one of Goethe’s couplets:


W(illiam) H(utchison) Murray, a mountaineer, from his book The Scottish Himalayan Expedition published in 1951.

2 thoughts on “Of Marmalade and Mountains?”