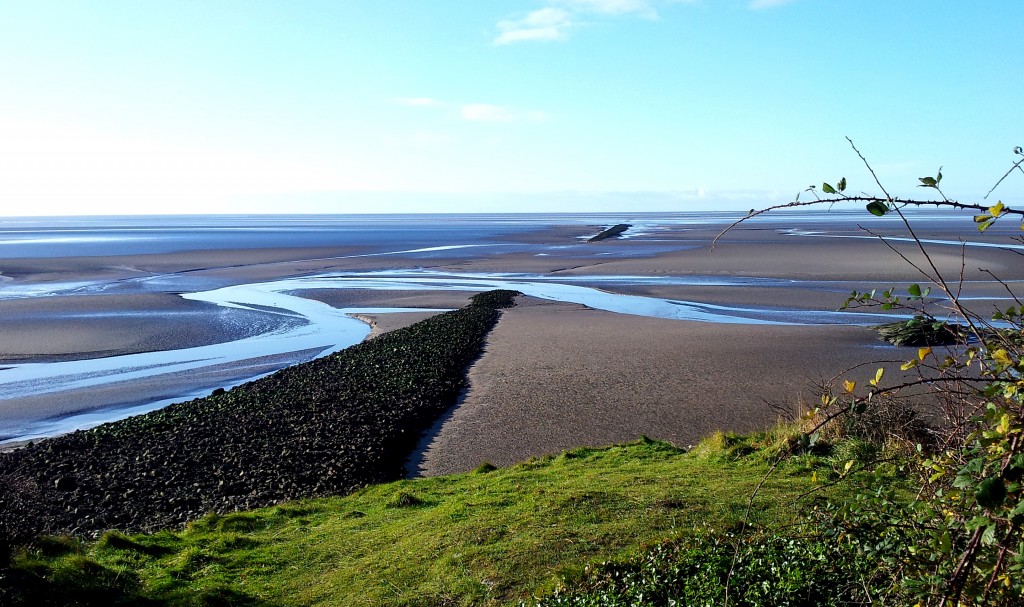 The other day I sat with a companion on a bench, this scene stretching out before us. Hardly a remote spot yet in a certain kind of way it is. The sense of remoteness, that’s distanced in time and space, is relative. Relative to what one has become accustomed to through habit or forced by circumstances. I’ve known the utter remoteness of being in the Australian Outback, it was empty, yet full at the same time. Morecambe Bay has a similar feel, especially with the tide out as you see it above. Most of us connect with landscape in this expansive way which for me brings calm and deep pleasure. The bench on the edge of the wide sweep of the Bay was the perfect spot to sit and contemplate out loud the wide sweep of our current lives and the living of them.

Convalescence for example brings a sense of remoteness from the cut and thrust of daily living. It’s a circumstance forced upon one and like it or not resting indoors is required. Being confined to bed and chair can have the walls leaning in and the outside world recede, which is much as one might expect. Obviously getting better doesn’t happen over night and time can hang heavy.  For some people however unanticipated benefits open up when sequestered thus. Such times in one’s life, for longer or shorter periods, need not be a matter of straining to get back to normal and for some normal may never come again. Unfortunately. What could be the benefit of enforced remoteness, of having to stay indoors?

I was talking to a chap recently who is recovering from foot surgery. He has spent time while he mended in a garden hut just a few steps away from his home and family. Being in the hut, He said  I could have been half way up a mountain it felt that remote. One might wonder at this, I did. Returning to Morecambe Bay for a moment could not the  sense of remoteness found in landscape be more about bringing ones inner world back into focus. Bringing with it calm and deep pleasure. A call to contemplate and retreat to perhaps a vastly expanded inner world too? With the thought about the impact of landscape upon us could the remoteness of confinement similarly bring ones inner world back into sharp focus and deepen it? I’d like to think so. In the sense of being drawn within I’d like to think we can be ‘remote’ where ever we are,

For those who feel themselves trapped, restricted, confined and not free to move. The movement within is a worthwhile journey, ‘though not easy.