The thaw has come and with it the guttering, laden down with ice, is being yanked off the roofs. One valiant monk has been hanging off a ladder chipping away at the ice, with what looks like a climbers ice axe. All in an effort to save the guttering still in place. Still the thaw is on, it is now over a month since we saw grass. However this weather ‘event’ has not come even close to matching The Worst Winter of The (last) Century. That was January and February 1963. I remember seeing swans frozen into the river as I walked to school. A terrible sight and nobody could reach them either. 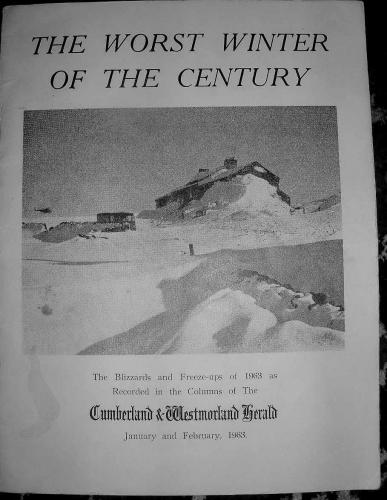 This compilation of photographs sifted to the surface while dealing with Iain’s books last week. A happy find especially as I was slap in the middle of the area covered by the booklet. 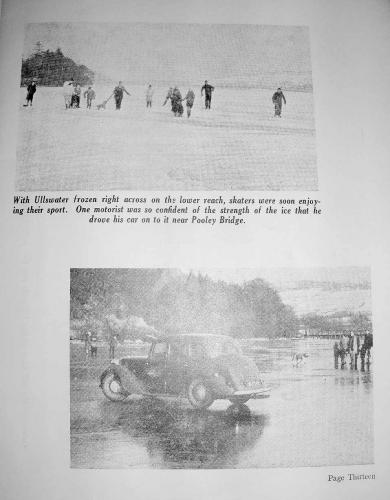 With Ullswater frozen right across on the lower reach, skaters were soon enjoying their sport. One motorist was so confidant of the strength of the
ice that he drove his car on to it near Pooley Bridge. (only in England!) 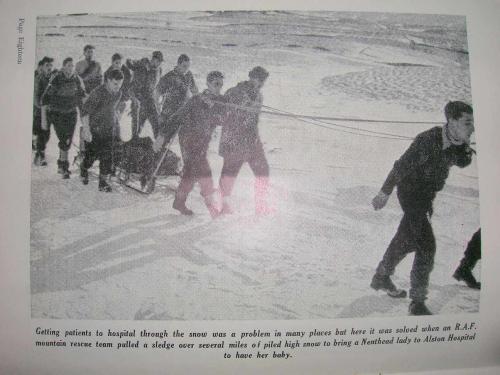 Getting patients to hospital through the snow was a problem in many places but here it was solved when an R.A.F. mountain rescue team pulled a sledge over several miles of piled high snow to bring a Nenthead lady to Alston Hospital to have her baby. 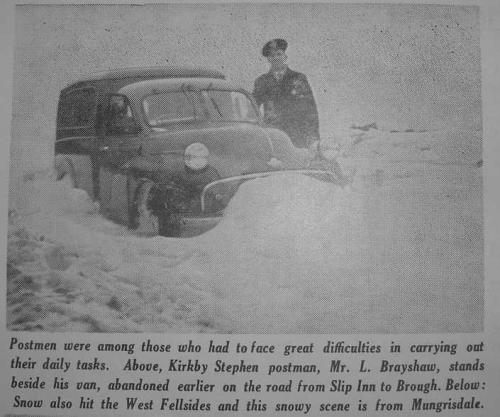 Postmen were among those who had to face great difficulties in carrying out their daily tasks. Above, Kirkby Stephen postman, Mr. L. Brayshaw, stands beside his van, abandoned earlier on the road from Slip Inn in Brough. 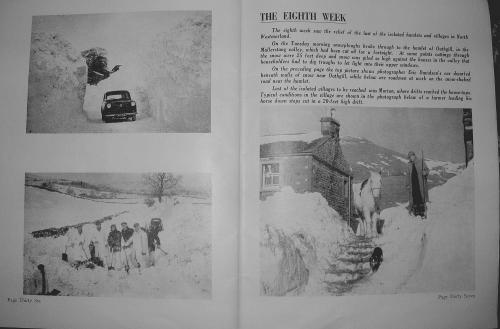 The eighth week saw the relief of the last of the isolated hamlets and villages in North Westmorland. On the Tuesday morning snowploughs broke through to the hamlet of Outhgill, in the Mallerstang valley, which had been cut of for a fortnight. At some points cuttings through the snow were 25 feet deep and snow was piled so high against the houses in the valley that householders had to dig troughs to let light into their upper windows. …the text continues.

What are we to make of all this? Extreme weather is newsworthy. Plight, others plight, news of others plight is our chance to express empathy for those less fortunate. To ‘have a thought’ as I often term what I would understand as offering spiritual merit into situations. The appropriate response to news of plight is to ‘have a thought’, to purposefully stop and literally allow empathy, compassion and love flow. Sadly plight, the news, can become, does become, entertainment….