Iain Robinson in Japan has been writing for ‘Little House in the Paddy’ for one whole year. Congratulations! Here is an article he wrote about his cats…

“When she saw she’d caught my eye she gave a whisk of her tail as if to say “What? The other human allows to do this!” like some sulky teenager. I almost burst out laughing…” 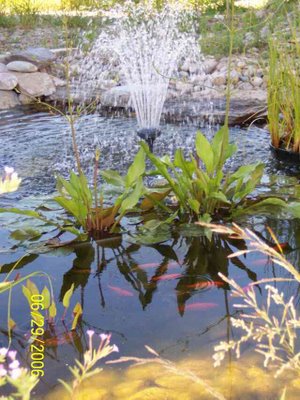 This is the pond where I put those three pebbles sent to me from England.
The Lobster-Quadrille, from Alice in Wonderland.

….(and then) the Mock Turtle sang this, very slowly and sadly:

YES! We will join the dance.

We stand and gaze at Mt. Robson in wonderment and awe. This great mountain is so rarely revealed in all it’s pristine splendor. Lofty sights pull us up, inspire. They point to that which we long to know and be. 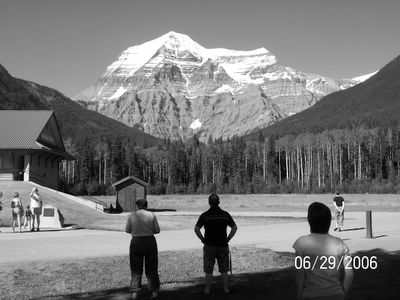 Breathing in, breathing out,
Going in, going out,
Living, dying, coming, going –
Like two arrows meeting in mid-air.
In the midst of Emptiness
There is a road that goes
directly to my True Home.
Geshu Soko

Last Wednesday evening I was packed up and prepared to leave Edmonton. Then at about 9.00 pm I checked my email and discovered that a house sitting opportunity in south Edmonton had turned up. This was an option I’d long hoped would open up, and it did. Just in time!

In the last week five of us drove for two days to Lytton (where it was very hot) and then drove two days back again. We had just a two night stop in Lytton for a brief, yet rewarding, retreat over the week-end. And now I sit typing in a very pleasant home in the evening heat of Terwillegar Towne. This house provides a place and a time for me to rest as well as catch up on OBC work that’s been waiting in the wings for my attention. And hopefully in the next month or so I’ll see some familiar faces from time to time too. 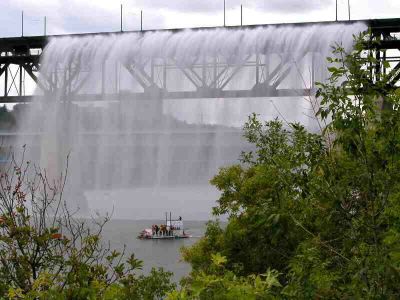 I have been waiting to post this photo ever since October when I took a walk over the High Level bridge which spans the North Saskatchewan River. I saw a strange sign which read something like “Take care! Sidewalk slippery when waterfall is on”. Please do read on, to be suitable impressed and ‘amazed’

The Great Divide Waterfall is 210 feet high (about 24 feet higher than Niagara Falls). Water for the facility is supplied from a nearby 42 inch water main on the north side of the river. A special valve was designed to connect the water main to a 20 inch pipe leading to the top of the bridge. Extra pumps are used when the waterfall is running to supply the extra demand needed to maintain pressure throughout the water work system. Water pressure alone forces water to the top of the bridge where it enters a horizontal pipe above the bridge at sidewalk level. This horizontal piping is filled with nozzles, one foot apart, for a distance of 300 feet along the expanse of the bridge. The waterfall effect is created when approximately 11,000 gallons of water per minute rushes out through the nozzles. For a two hour waterfall showing the water measures approximately 4,600 cubic meters. The cost for operating the waterfall is approximately $2,000 per hour.

Glad to be back.