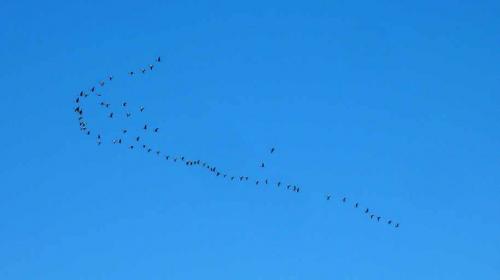 I have the blessing verse in my mind, the one that starts – The Universe is as the boundless sky…just seems to be there for me this evening. No edges, boundless, complete boundlessness…how else could ‘this’ be? Sit well, sleep well, rise well, walk-on well.

For the next six weeks I’ll be away from the monastery – renewing, resting, reflecting and retreating. And walking and taking photographs and probably posting here too. 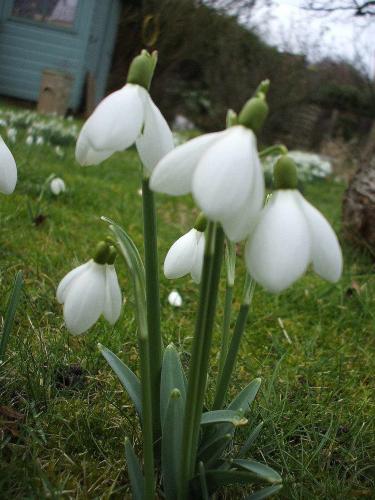 How happy is the blameless vestal’s lot!
The world forgetting, by the world forgot.
Eternal sunshine of the spotless mind!
Each prayer accepted, and each wish resigned.

By Alexander Pope from the poem, Eloisa to Abelard. The film, Eternal Sunshine of the Spotless Mind took its title from this poem.

This morning, and I am not sure why, the dissolving of the snow had Sunshine of the spotless mind playing in my head. The poem by Pope and the film are about love and loss and forgetting. About the pain of letting go. We would be foolish to imagine there would be no pain involved. Would we not?

It is like this. This evening. Not pain. Not sadness. No anguish. No regrets and no love-lost. Just forgetting my father. Dead these past ten years – to the day.

Thanks to Julie for the photograph. Snowdrops will be out in no time. 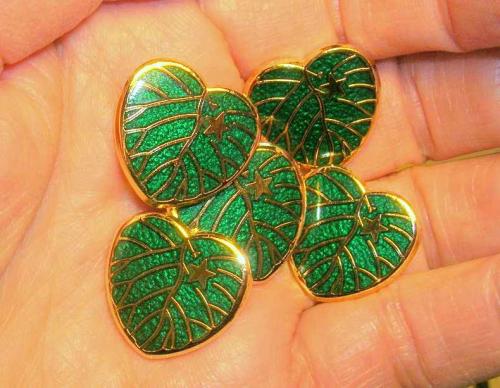 Bodhi leaf with the Morning Star – Badge offer.
Sometimes it is said that the Buddha (the Awakened One) sits in the palm of ones hand. Or that we sit in the palm of the Buddhas hand. Either way the message is that Awakening IS and ever present, even now.

If you would like to have one of these badges please do drop me a line. The badge is free and freely given. If however you would like to contribute to the costs you can do so through Everyclick – with most currencies, as I understand it. Contributions are offerings in the spirit of Dana, not payment.

The following is from The Denkoroku – The Record of the Transmission of the Light. Chapter 1. Shakyamuni Buddha. Copyright, Shasta Abbey Press 1993.

Shakyamuni Buddha, The Awakened One. Upon seeing the morning star, Gautama became Shakyamuni Buddha when He was, is and will be awakened to His TRUE SELF and said, says and will say, “I was, am and will be enlightened, together with the whole of the great earth and all its sentient beings, simultaneously.

I hope it goes without saying that while Awakening is now and ever present it does require of us to wake up! Not only that, there is getting out of bed and then getting on with ones day, awake! It is a common practice to sleep walk through the day. In effect to live in fairyland – where one is not. Or as I put it, getting ahead of oneself or behind oneself. This why it is so very important to not only Rise Up (wake up) and Walk on (through the day) but also to forget.

Bodhi Leaf Badge Offering from Mugo on Vimeo.
In this video I have a go at talking about what the Buddhas Enlightenment means to us, now. In three minutes that’s a tough call! Watch your mind as you watch.

The merits of this post are offered to Dave.

Here is a tribute to Bailey. She is/was a very special dog who I met at least once, in Edmonton Canada. Tom Wharton is pretty special too, as is his whole family. Not only is he a writer, he is a successful one too and I bow to that a million times. He is also a practicing Buddhist in our tradition. And best of all – he rides a bike to work – sometimes in sub SUB zero temperatures! Let’s hear more from you Tom. And thanks for this.

Bailey came into our family when she was almost two years old. Her family in Airdire wasn’t able to look after her anymore, and the long-term care hospital where Sharon worked was looking for a pet therapy dog, and also for a family to keep the dog when she wasn’t visiting the hospital. So Bailey became our family dog, but she was also a working dog, heading off with Sharon every morning to spend the day visiting the patients in the hospital. She loved her work, and everyone at the hospital loved her. We used to joke that she was the only one in the house who was eager to go to work in the morning. And she’d come home completely tuckered out from being petted and played with and given lots of treats. Hard work!

Bailey was a gentle animal and loved to be with people. In her early years she was brimming with energy and couldn’t wait to get off her leash and run like the wind. She befriended everyone, and if she managed to get away from the house she would follow after people, tail wagging, expecting and usually getting lots of petting and attention. Once, not long after she came home with us, one of the kids rolled off the couch on top of her – she didn’t get angry in the slightest. The only time we ever heard her growl at us was once when she was suffering from intestinal pain. It must have taken a lot of suffering to change her placid temperament, even for a brief moment.

One time a woman was delivering flyers to our house, and Bailey dashed out the front door to say hello before I could hold onto her. The poor woman saw a dog running at her, tail wagging, and threw all her flyers in the air and ran for her life. Her husband showed up later, angrily demanding that we keep our vicious brute chained up. You missed a chance to make a friend, folks.

I met my own very good friend Bill because of Bailey. She disappeared on us one summer day and showed up on the doorstep of a house a few blocks away. Thanks to Bailey’s tag the family was able to call us, and I came to get her. That day I struck up a friendship with Bill, a friendship that has become an important part of my life. Bill and his kids loved Bailey very much, too, and were always eager to look after her when we went on vacation.

I was the one who probably spent the most time with her after she retired from pet therapy work a few years ago. I’d be at home working and she’d be in the house with me, although usually I’d forget she was there. When I got angry – at a malfunctioning computer or some problem I was having with my work – I would sometimes swear and growl, and a few moments later I’d notice that Bailey had come down to my office to sit near me, as if she knew I was unhappy and wanted to comfort me.

Bailey’s great nemesis in life was hot air balloons. She was terrified of them. Usually she could hear one coming (from the sound of the gas valve) before we could even see it, so we would be baffled when she would crawl whimpering into the basement to hide. Then someone would think to take a look outside, and sure enough, there would be a hot air balloon overhead. Maybe Cesar Milan, the dog whisperer, could have helped Bailey with that.

In the last few months of her life, Bailey developed severe arthritis, which was eventually joined with other health problems that led us to decide it was better for her that she be put to sleep rather than continue to suffer a deteriorating quality of life.

We took her to the vet, and while we waited we told her she was the best dog in the world and had brought us a lot of joy. The vet administered the needle and Bailey slipped away very quickly. Her death was as quiet and unassuming as she herself had always been. And I was really struck by a truth at that moment: that she had done so much good in the world for others. That she wasn’t just our pet, or “just a dog.” It took me a while to think of the word that best describes her.

In Buddhism, a bodhisattva is someone who helps others with no thought for herself. And bodhisattvas always return to the world, since the job of helping others goes on and on. So I know that Bailey will return, in some form, somewhere, to continue loving people and doing good. And that makes me glad. 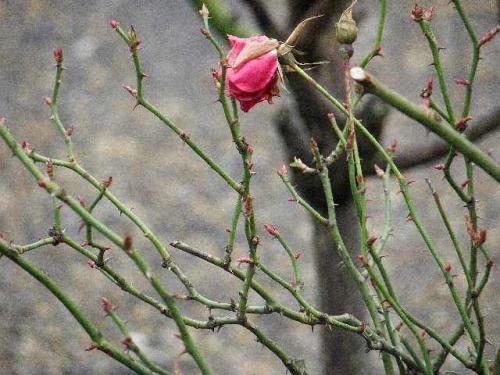 January Rose in London, by Jaime

Hokusai says Look carefully.
He says pay attention, notice.
He says keep looking, stay curious.
He says there is no end to seeing.

He says Look Forward to getting old.
He says keep changing,
you just get more who you really are.
He says get stuck, accept it, repeat yourself
as long as it’s interesting.

He says everything is alive –
shells, buildings, people, fish, mountains, trees.
Wood is alive.
Water is alive.
Everything has its own life.
Everything lives inside us.
He says live with the world inside you.

I found this poem among my papers this evening. It has grown on me! Thanks to who ever it was who sent me it originally.