Here I am thinking of old friends, again. Remembering old friends in the sangha. This prompted by a long phone call yesterday. Through much thick, and some thin, the sangha endures. But what is it that endures? Conditions endure. The push/pull of cause/effect endure. Is it inertia or familiarity that keeps us coming back for more of others company. Well yes, all of that and something deeper. How I’d put it is thusly; What endures is that which is not bound by time or place and is not afraid of all that is contained in time and place.
Now it’s time for that song, that is so tender:

Old friends, old friends sat on their park bench like bookends
A newspaper blowin’ through the grass
Falls on the round toes of the high shoes of the old friends

Old friends, winter companions, the old men
Lost in their overcoats, waiting for the sun
The sounds of the city sifting through trees
Settles like dust on the shoulders of the old friends

Can you imagine us years from today, sharing a park bench quietly
How terribly strange to be seventy

It is late. My ‘day job’ is taking up a whole lot of my time and energy. And still I love to write here, when I can. And to speak on the phone as I have this evening and yesterday and the day before that. To walk with my walking companion(s) here on the road below Throssel. And to launch myself off across the Atlantic to visit old friends. I’ll post my schedule when I know what it is. Berkeley Buddhist Priory first, then Shasta Abbey.

What endures is a love
which asks for nothing. 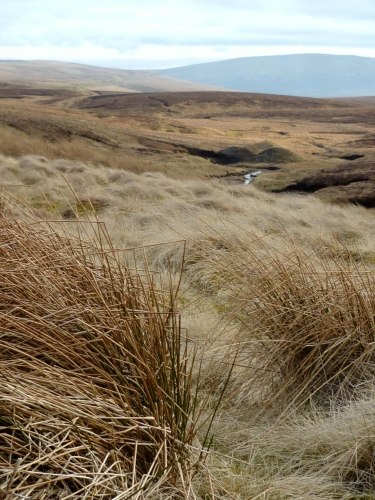 From the heady wild heights of upper Teesdale 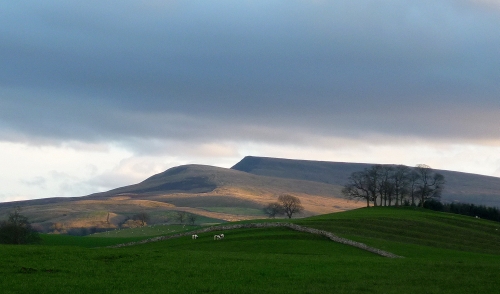 To the calm of evening in the upper Eden Valley 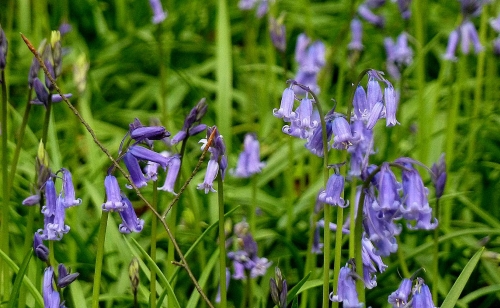 A study in detail.

It is almost tomorrow
All packed and ready to go
Filled with spring
sunshine and
optimism.

Especially glad to find my camera. And find out that Orlando the Marmalade Cat DOES have a home! 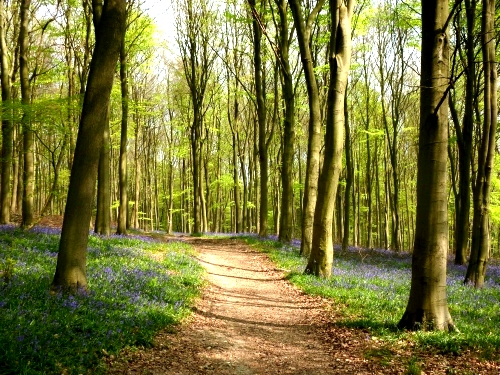 Just five days and I’ll be back on the road, again! This morning I felt like a heavy rock, one not so easy to move. A walk before breakfast with spring tweeting and life getting on and living itself has me moved on. Somewhat.

Down by the river ducklings. Each squatting on a small rock imitating their grown up mother, much like a Tai Chi class. Doing that bird wing thing; twisting their head around, beak under wing, lift up and back and then return head to neutral. Only to repeat the whole move, to ‘do’ the other wing. It’s a après-swim routine I think. There they were, each on their own small rock. Uh! Now one adept is standing on one foot and extending the free leg backwards. Streeeeeetch. Another fancy duck maneuver.

But what of the heavy rock feeling when it’s spring time? A time when the world is opening it’s windows, eating salads and wearing much less. A time to explore, travel, take wing. Give birth.

Spring is attractive for the springy and the streeeeeetchy. Perhaps less so for those with less spring. This is not about age so much, although springiness can diminish with age. More to do with how one regards oneself within time (limited by time?) together with the particular conditions one functions within (limited by conditions?).

Seen as just a fixed point moving through time and conditions we are obviously limited by them. However we are not a fixed point. What is, has already gone. We know , I know that there is a depth from which….we spring! Constantly. The next step into the unknown gives birth to itself. Neat!

Small stone,
big rock,
with or without
wings.

Whatever the
conditions,
there is movement.

What is
has
already gone.

A thought for those who know this truth only too well. After shocks since March 11th earthquake in Japan have been constant.

Dear Friends and Readers,
Jade Mountains is having problems. As you will see a couple of recent posts are missing, and yesterday for a good few hours the site wasn’t loading at all. The hosting company seems to be going through a problem time with their servers which is why Jade’s presence is a currently unreliable.

I’ve used the present web hosting company since 2008 and this is the first time, within the last few weeks, their service has been problematic. So I’m sticking with them. Just to assure you, and me, they make a back-up of Jade automatically every night.

The last post made on Moving Mountains back in April 2008 has this quote in it.

Surrender the need for the world to be ordered
according to a conception of justice,
logic, rational motives and the ‘truth’.
Develop the stamina to live in accordance
with ones highest aspiration.

To walk your talk.

In the present circumstances this is a timely reminder. Surrender the need for the world to be ordered….indeed.

She had been there all day
Motionless.

As I came and went she
Didn’t move.

Companion for the day
Down the plug hole!

Thanks hairy legged one
For being there.

It has been days, or even weeks, that I’ve been cooking something, sitting with a problem, allowing a dissonance to be there. Thus it is that I’ve been thoroughly uncomfortable while the inner process, sifting and sorting my teacher would say, works itself. Today I got thoughts on paper, trapped them, edited them, checked them, sent them off.

Writing helps resolution, clarification. And now? Liberation! What a relief! Now I can get down to the business writing.