The other day while out and about – a swan beside the canal. Fetched up for a feather tidy. What an amazing creature. Huge. Huge feet! Sculptural in form. Incredibly flexible. What a privilege to encounter this creature going about its life on land.

But that we could behold our fellow human thus. To appreciate. To admire. Whatever the shape or condition. To not intrude. Obviously. But to allow the depths of us to meet. And to meet and to meet. With no gaps.

Supermarket plastic carrier bags have become an issue in Britain. Probably the case all around the world. Certain for the fish and marine life that fall foul of them under the oceans. They are a life and death issue for all of us. Plastic carrier bags at supermarkets are now no longer free encouraging shoppers to bring our own bags and reuse them. The monies collected for bags, 5p, is given to local charities, nobody can argue with that, nor the attempt to minimize the amount of wild plastic floating around the world. Actually and metaphorically.

I’m mindful to have my ‘bags for life’, sturdy plastic ones, with me at all times ready to load my shopping into. I’ve been doing this for years but they don’t last for life! The other day a handle became detached and the supermarket I’d bought it from originally pledges to replace broken bags, free of charge. But…. But the replacements are plain black with white writing, no pattern like the original. It had a design I’d grown to love and appreciate, much like an old friend. Clearly I’d have to develop a new friendship with the replacement.

Receiving my plain black and white (shiny) number this afternoon the young man behind the till said enthusiastically, Slick aren’t they! And with that my whole attitude changed. Changed on the turn of one word. SLICK! Instant affinity with my new shopping companion which I will never leave at home. I’ll not get all psychological about this particular turn-around of attitude, enough to say the world, one’s own world and outlook can change on a single word. For good or ill. Amazing! Ah, the power of words. A reminder to take care with what escapes lips or pen.

Last week-end at Throssel had me out walking in the West Allen Valley where you can see from the above photograph snow had fallen. Temperatures had fallen too. I included myself in the picture just to personally wish you a Happy and Contented New Year to come.

The photograph is tending towards black and white, however slick it is not!

The river!  Looking up – sky!
Meeting/parting
Playing a merry dance
Stretching, falling together.

I’ll now climb aboard and drive to Throssel in brilliant sunshine with temperatures falling as I climb higher over the Pennines at Hartside Crossing. See view from the webcam up there.

For those who are tempted to believe that all there is to this life is what one sees and knows.

Catching the
air thus.
In stillness
and rest 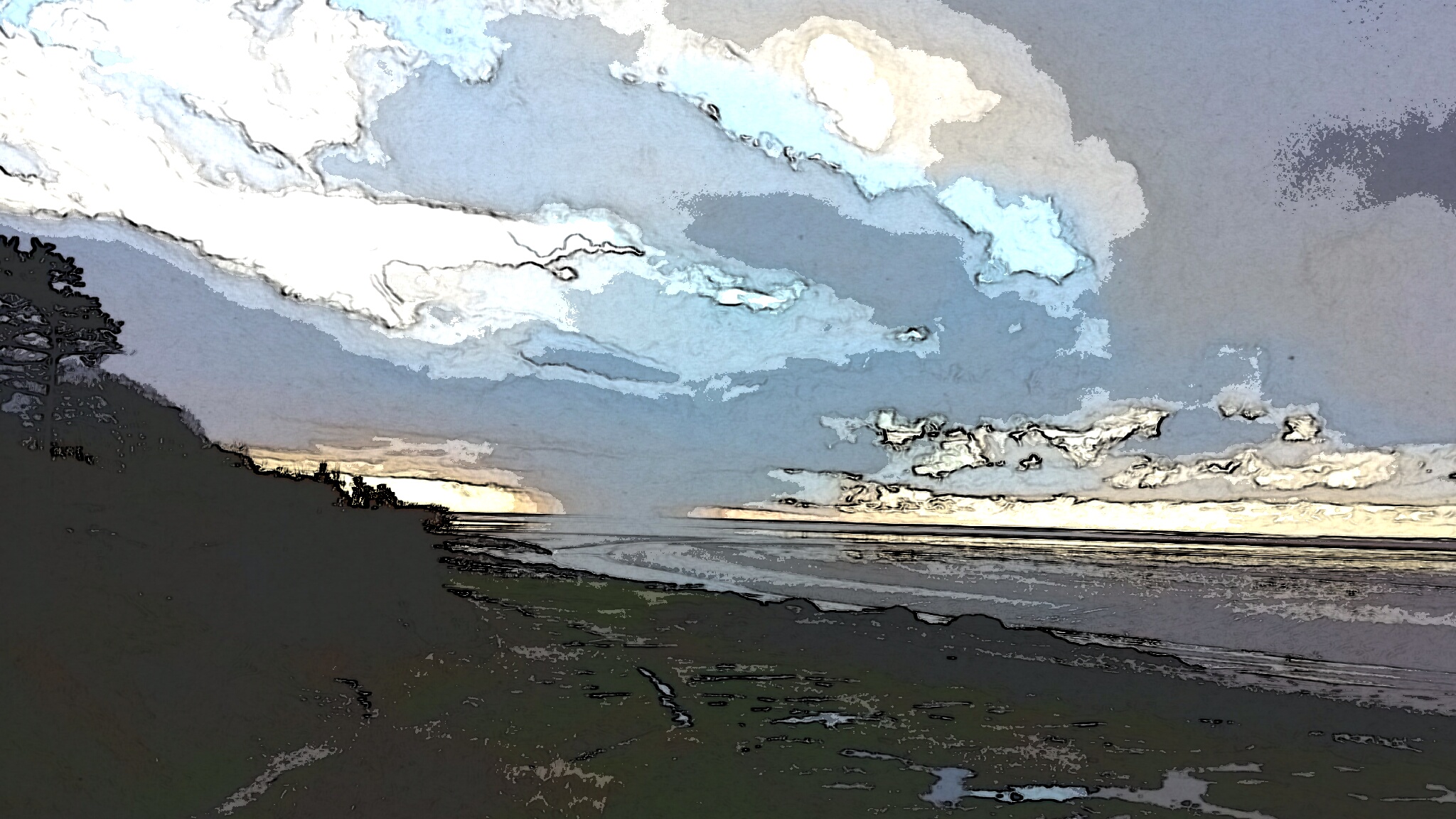