Thinking of those who are suffering in the cold. Caught out doors, sleeping rough. 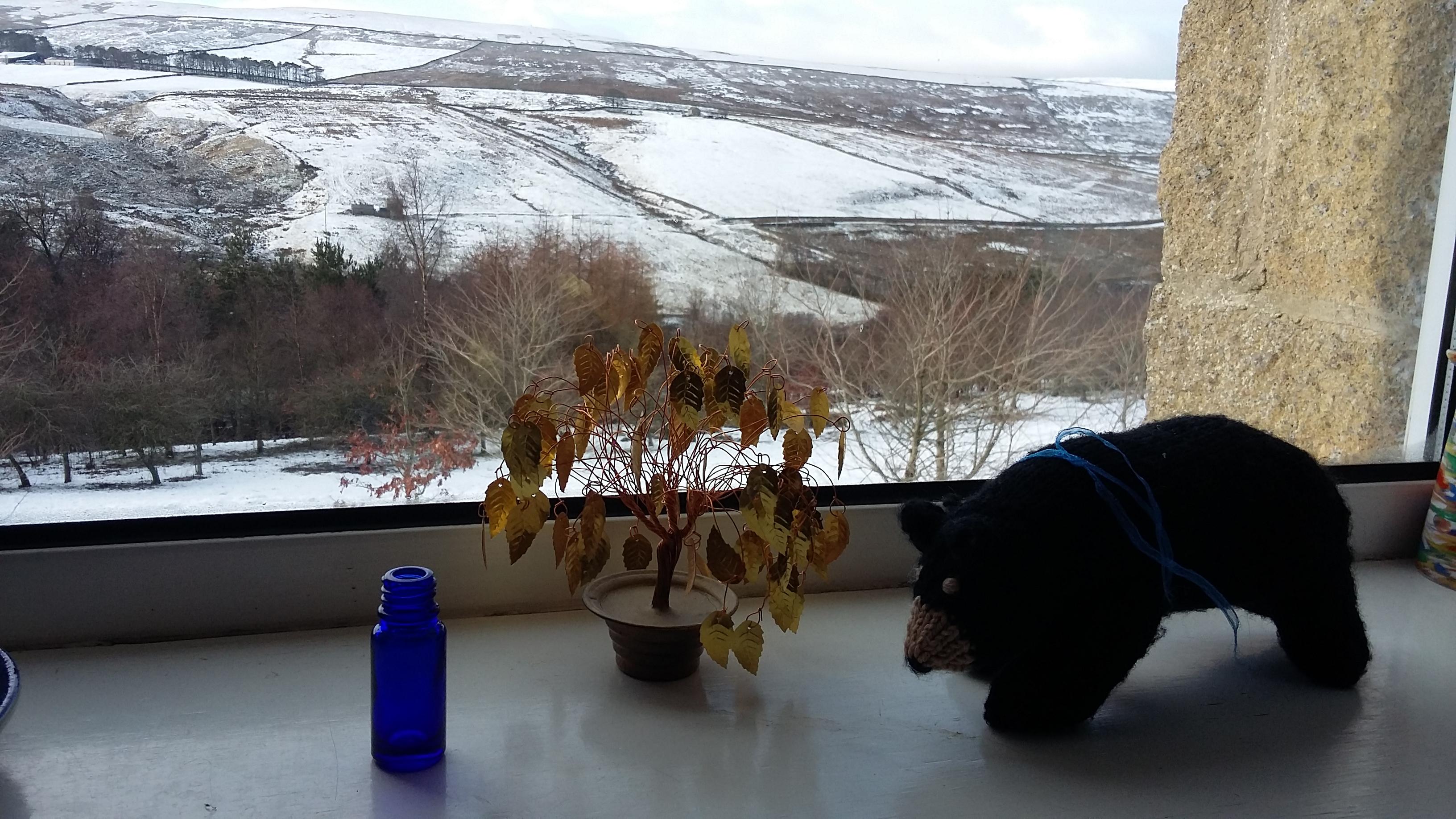 At the end of the first meditation period of the day a drum is struck seven times, symbolizing the coming of the *six Buddhas before the historic Buddha, Shakyamuni. We use a bass drum mounted on a stand. Depending on how and where on the surface of the drum it is struck the sound is anything from a resounding CRASH to a mild thump. The intention is for a deep resonating sound, neither too loud nor too soft. Yesterday, more of a crash! It happens.

And so it is with us. Actions, including speech are, at times, harsh and jarring, at other times filled with compassion and gentleness. Resonating deeply in minds and hearts. It is all too easy however to label a person ‘harsh’ or ‘compassionate’ and evaluate that person accordingly good or bad, nice or nasty on the basis of their actions. Or the quality of their actions.

Is this right though? However human it may be to judge in this way I’d be rather sad if, for example, what I said or did even years ago had me for ever cast as a ‘nasty person’. The act may not have been out of the top drawer, raising my voice for example, but does that make me a nasty person, an unkind person? Is it possible to see the person apart from their actions? At least as a starting point for exercising kindness and compassion.

In ‘darkness’, when separate features do not stand out, is used in our end of Buddhism to mean emptiness and ‘light’ to mean multiplicity. You could say also; one and different, empty and full.  The two seeming opposites fit together, are together ‘as a box all with it’s lid’, to quote from one of our scriptures.

What this means to me at least is, wether or not we beat the drum with a crash, a subtle tap, or an unthoughtful wallop there is a leap of faith needed. Faith that takes one past the reasonable and the reasoned, the right and the wrong, while at the same time acting or not acting – what ever is called for. This is the koan of daily life arising naturally. This is not easy. Nothing and nobody is ever all light or all dark although we can forgive ourselves for believing this to be so!

Thanks to Mark for the photograph. The Alhambra in Spain, I think?

Out of one conversation
From a book read
A lecture heard
A film
A taste
One sound
Just one thing – remembered
What would it be, today?

From today: the Orange/Carrot/ginger soup we had for supper and this heart warming story about a man who turned around arrows of hate (speech) and returned with an act of compassion. With far reaching consequences.

Really, it doesn’t take much.
No effort needed, to be honest.
Just Buddha recognizing Buddha
and Bowing.

I don’t want to end up simply having visited this world.

You do not have to be good.
You do not have to walk on your knees
For a hundred miles through the desert, repenting.
You only have to let the soft animal of your body
love what it loves.
Tell me about despair, yours, and I will tell you mine.
Meanwhile the world goes on.
Meanwhile the sun and the clear pebbles of the rain
are moving across the landscapes,
over the prairies and the deep trees,
the mountains and the rivers.
Meanwhile the wild geese, high in the clean blue air,
are heading home again.
Whoever you are, no matter how lonely,
the world offers itself to your imagination,
calls to you like the wild geese, harsh and exciting —
over and over announcing your place
in the family of things.

You can listen to Mary Oliver reading the above poem, Wild Geese, in this article in Brain Pickings.

‘The world offers itself to your imagination….’ Ah yes indeed.

I left meditation this evening thinking about cats and what a comfort they can be. Since I don’t have one living close by I thought I’d publish this photo of Ms. Marple, an American cat. It makes a good lead into the teaching of Nanzan and the cat. There is a famous koan about a Chinese Chan master called Nanquan or Nanzan, who cut a cat in two in order to teach his students about grasping. It appears in many different koan collections and is the ninth case of the “Shoyoroku” :

“One day the monks of the western and eastern halls of Nanquan’s monastery were squabbling over a cat. When Nanquan saw this going on he seized the cat and held it up before them and said, ‘Say one true word or I’ll cut it.’

“No one could say anything. Nanquan cut the cat in two.” (sadly the link I published in 2007 no longer points to this quote.)

One will never know if this event actually took place. It was after all a long time ago and far away. However the koan (problem) is still alive because it is, like all the koans, an expression of the condition of the human mind which grasps at things, concepts, ideals. At base the purpose of koans, and the naturally arising koan of daily life, are presented to propel the mind past the grasping.

The answer to all of the koans, and problems of daily life, is faith. The faith to let go of even this. And then attempt to be the best person one can be.