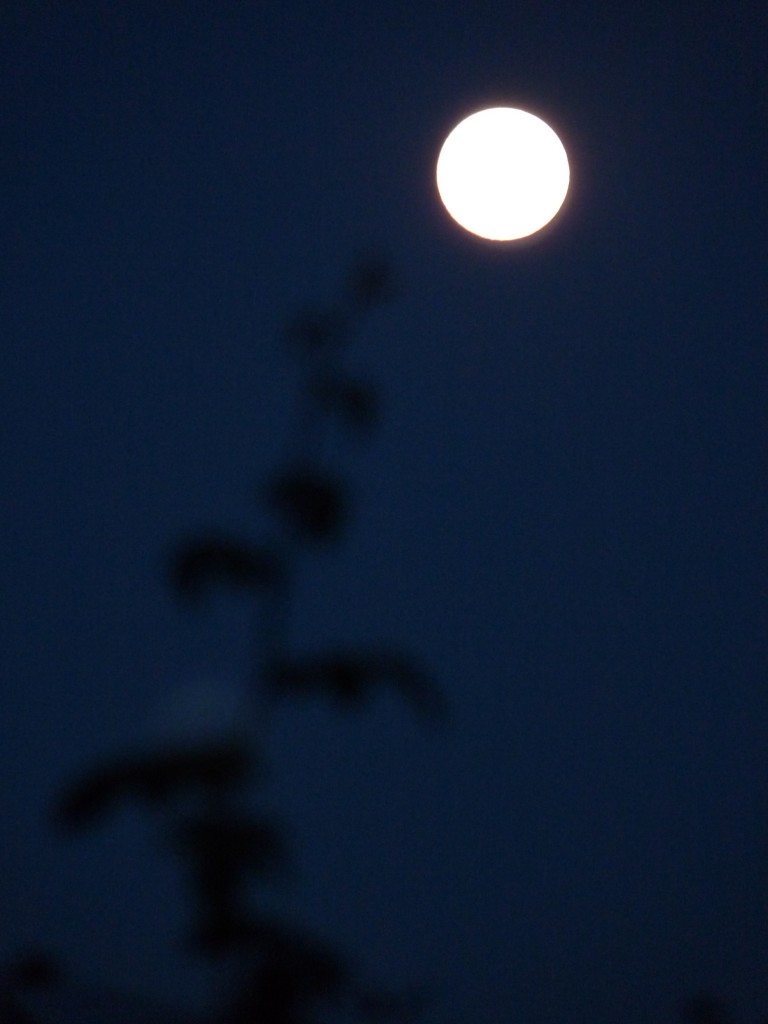 Ryokan, it is said, returned to his hut late one evening to find a thief there. He took this calmly – it was clear to both of them that there wasn’t anything worth robbing in his hut.  Ryokan was troubled because he didn’t want the man to leave empty-handed having walked up the mountain to see him. So he took all his cloths off and gave them to the thief. The thief took them and slunk off down the mountain…..

After he had left Ryokan mused, ‘Poor fellow, I wish I could have given him this beautiful moon’. Ryokan sitting naked gazing at the moon wrote the following poem.

The thief left it behind:
the moon
at my window.

Thanks to Mark for the beautiful photograph of the moon, apparently taken a short time before, or was it after, I made my last post.

2 thoughts on “Cannot Be Given or Stolen”