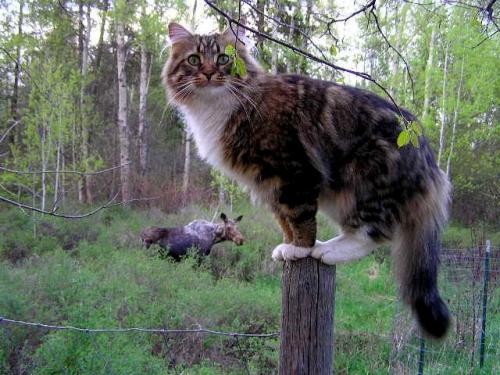 Simon with moose in June, Montana.
Simon is the happiest cat I’ve ever encountered, and he just loves to be included in photographs. So much so that it’s practically impossible to take a photograph without him being in it! His caretaker was carefully focusing on the moose in the garden, not a common sight, when Simon insinuated himself and became the main subject.

My time is coming to an end here in Montana. It has been a joy to walk out in the early morning as the sun rises over the mountains, and to meet many old friends too.

Many thanks to Scott for the photograph.

3 thoughts on “Cat and Moose”