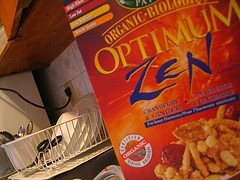 For breakfast I eat oatmeal, otherwise know as porridge by the European/Briton. When somebody pointed me to her Flickr on line photo album and this photo I became curious. Well I just had to give Optimum Zen a try! It is an OK cereal and I eat it as a special treat on Sunday. I’m a creature of habit though and am glad to be back to the oatmeal/porridge on Monday. It’s made and distributed in Canada so all of you out there in Japan, Sweden, Britain, U.S.A., Spain, Australia, Ireland, Germany, Bulgaria, South America and Lithuania; sorry. And for those of you who have a dishwasher, this is how they really work! 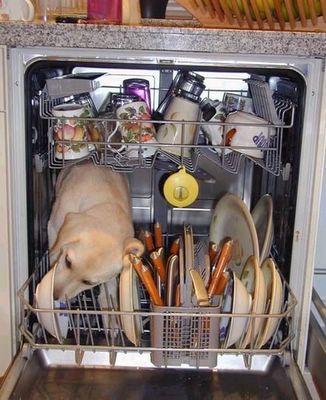 Anybody, lay or monastic, who has spent time in one of our monasteries or a priory will know about ‘kitchen clean-up’. It is perhaps the major communal activity of the day, apart from formal meditation, and a powerful training ground for mindfulness and patience. The memory of my mischievously passing a wet mop over bare sandled feet just came to mind! Playfulness is part of practice too.

Many thanks for these two photographs. I know who sent the second one, the original source is unknown to me.