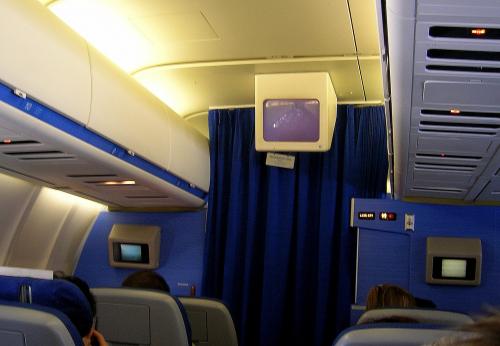 On the ‘plane I watched The Bucket List in which Jack Nicholson and Morgan Freeman play the lead roles.

A billionaire and a mechanic who meet in a hospital ward for terminally ill patients decide to make an escape and set out on one last trip to fulfill all of their dying wishes.

While the two men wait for news of their flight to Everest, climbing Everest was on their Bucket List, they are shown visiting a Buddhist monastery. It was all gloom, flickering lights and incense smoke. The Jack Nicholson character, ever the skeptic, ponders on the concept of karma and rebirth. I just don’t get it, he says. I mean, what does a slug have to do to get a good rebirth, leave a perfect slime trail? This is fairly typical of the popular view of karma and rebirth. (And of Buddhist monasteries too!) Which runs fairly much along the lines of, be good and you will be reborn into better circumstances. Lead a bad life and you’ll end up a short lived, squashed, fly. Truth is bigger, and more compassionate, than this.

I liked this film. It brought the subject of action (and that’s what karma translates as) into the realm of action, and out of the world of speculation and popular interpretations. There was reflection on past actions and the seeing into the unwisdom’s of those actions. There were scenes depicting the struggle to see those actions for what they were and then scenes which looked at what that means, right now. In short the two men were brought to look at the consequences of their actions and come to an understanding and acceptance of their lives. Find joy in your life, were the dying mans words to the Jack Nicholson character. He could have said, Live life, forget the ideal of perfection, of leaving a perfect trail of slime behind you!

Written for Kevin. This, in part, is my answer to your question. I hope you get the gist of what I’m pointing out. Other teachers in our Order might well see this film and interpret it differently. So be it, there’s no argument.

One thought on “The Perfect Slime Trail”