Go anywhere in Britain and sooner rather than later you will bump into the bizarre. We seem to thrive on it. I’ve included the three silver birch tree trunks as my own contribution. I’ve title that legs hundred and eleven If you have never played bingo you wouldn’t understand. 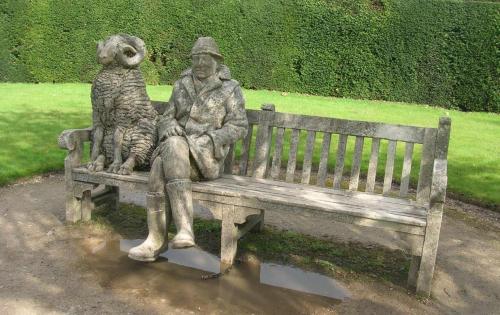 One man and his sheep. 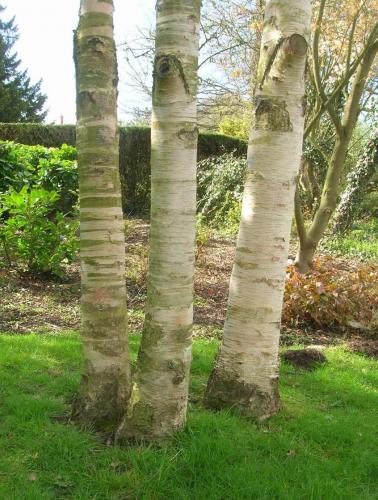 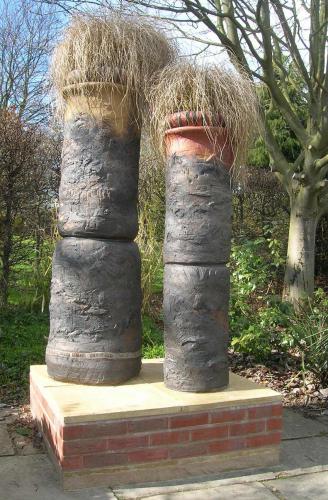 These pictures were taken on Friday in the grounds of an old Abbey close to Nottingham. This afternoon a small group of us visited Kirkstall Abbey a Cistercian house close to Leeds built by the monks from Fountains Abbey.

For reasons that make no sense somebody had the idea to route the main road into Leeds right up the length of the nave of the abbey church. Those on foot, with time on their hands, carved their names in the pillars for posterity. Normal then, rather bizarre now.

(Thankfully the road now runs beside the church.)

2 thoughts on “Taste the Bizarre”