Sometimes, when things don’t work, you just have to get out of the car. And then get back in it again. And that’s what I did with my laptop yesterday. I reinstalled Windows, returned the computer to it’s factory settings. A first for me and it was relatively painless. Far better than a car that, in the end, wouldn’t even start!

How interesting it is to notice how we can put up with mal functioning, work around them, try to ignore them, hope they will go away, take a walk and see if anything is better on returning. This can happen not only with machines and the like. It happens with us on all the levels that we can ‘mal function’. Over the holidays I’d eaten more sugar than I ever do. But, I reasoned (unreasonably), it’s just a bit more, no problems. But, and a big but, there are consequences and it’s commonly known as a ‘sugar low’. I don’t think I’d noticed how extreme that low can be. It lasted a day, with a head ache to beat the band! I’m now back in the car and running just fine. Thankfully.

Yes, some mal functions do come right with time but others do not. What’s the lesson here? Listen I guess, and keep on listening. And take action in sensible and measured ways.

And talking of cars why not take a trip in one via Google Streets View. This video titled Address Is Approximate. A must for those who want to travel across America but won’t be doing that any time soon.

Thanks Julius for the link. You have made many a person smile, me included.

My parents are buried in the cemetery at Throssel Hole Buddhist Abbey. Just in case you can’t read the inscription on my mother’s grave marker it says, The lord is my shepherd.

Sending greeting and remembering the kindness of parents. They made it possible for us to live a good life; a unique life, a beneficial life. For that, at the very least, one can be grateful. 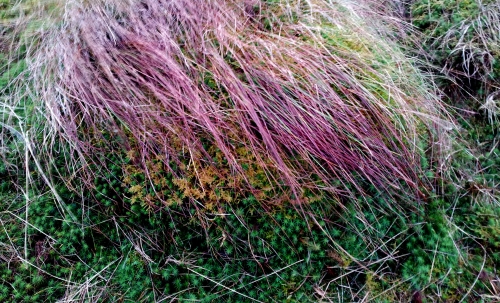 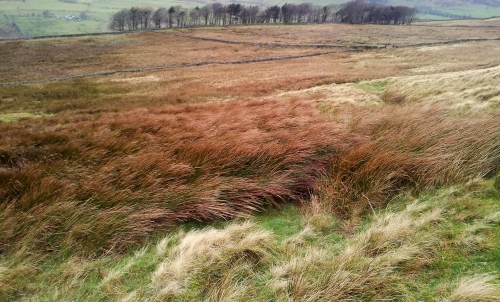 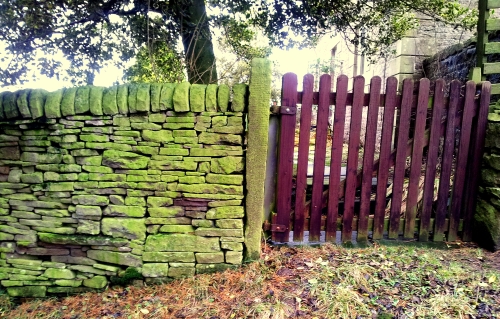 in relationship.
Ah yes! The camera has come alive on the moors.

Years ago somebody said, quoting Dogen, that Attachments and detachments flow together throughout ones entire life. Something like that anyway. What I derived from this kind friend and the quote was that as long as we are human we will get attached and we will invariably detach from what ever it was in a natural enough way since nothing stays the same anyway. I think the issue we all face is the clinging to what we have, what we know, what we love, what we want, what we don’t want but have! In the end, given time, holding fast to is just too painful. And what we hold on to might not even be there any more too! Just a thought.

And now I can pass on this link to a video which just can’t help but raise a smile. It could, at a stretch, be linked to the subject at hand. The koan arising naturally, clinging, letting go and craving. Enjoy, especially if you enjoy creatures doing charming things.

Happy Holidays readers. Thank you for the link to my friend in the Bay Area, SFO. And thank you to the unknown donor who send me a replacement mug! It is an EXACT MATCH. Well done and thank you.

I’ve been chewing on something these past days. This morning I swallowed! Now waiting for digestion and the accompanying nourishment that comes from taking something into oneself. And really it was non-digestion that was at the root of what I’ve had my teeth into. Let’s see if I can find the necessary words now while I’m in digestion mode. Or perhaps better still I’ll describe chewing and leave the digestion and learning for later. Better not get ahead of myself ay.

In Soto Zen we don’t have a formal koan system where one is given an enigmatic saying which one then chews on (or more traditionally one sits with.) The point being to solve the koan/problem. Which is basically to digest and deepen, and thus mature, ones understanding of how to live. We say that the koan arises naturally in daily life, and it does. The trick, or skill, is to recognize the koan when it arises. And not shy away from the inevitable pain of having ones nose (more often than not) pressed up against ones fondly held sense of oneself. Most of us like to carry a reasonable sense of ourselves. A kind and considerate person able to have empathy with all that comes to us. Yes, there are the shadow sides too and you can’t ignore them. However for the most part we step from light to dark and back again fairly seamlessly and (hopefully) without overly beating oneself up when the shadows loom. Or overly pleased with ourselves (hopefully) for being the way we like to appear.

I liken the koan to a bone. A dog is given a bone, it’s then received with teeth closing around it then chewed for awhile. Then left lying around and eventually buried! Is it buried to mature in the darkness of the earth? Readying for the time it’s dug up, chewed on some more, eaten and digested? Does the time in the earth render it more digestible? Who knows what that dogie bone burying thing is all about.

For we humans the bone can come in many forms. The origin might seem to emanate, like the bone, from an outside source however if you look at it the origin is far more complex. I’m seeing the source as the press of the moment to moment (moments so fleeting as to render that expression meaningless) dynamic interplay between oneself and existence. So the koan comes both from outside and from within – and arises naturally! And actually on close examination the arising of the koan is one movement, not two. Whether it is a sharp word, uttered by oneself or by a friend. A disappointment. A challenging of some kind – mentally, emotionally, practically, spiritually. One has a bone! Depending on circumstances, and past causes and conditions, it tends to be the common way to think that either (crudely put) I act on the world or the world acts on me. And which ever way I look. Life is not fair! And it isn’t.

That there are the very well off and the woman whose image I saw yesterday, picking grass for a meal, is simply – beyond words. That people encounter a circumstance which results in suffering, long term. A circumstance such as rape, senseless acts of violence, random killing sprees. The list could go on and on and on. These ARE senseless, unasked for uninvited and basically tragic. There are of course consequences flowing from ones actions and words and thoughts, constantly. Consequences are realized immediate, or later, or very much later. Like the bone those consequences can lay buried and often unknown to us. That is until some kind person, or condition, digs it up and hey presto a bone – to chew!

So my current chewing bone had been buried for a lot of years. It concerns something I said which was false, unwise and very hurtful. I’d no idea of this hurt I’d been part of creating. It is so often the case that we do not know the consequences of our acts, it would be impossible to know all of them actually. I’ll not go into details about the event since that’s private and personal. Which does not mean I am not openly contrite.