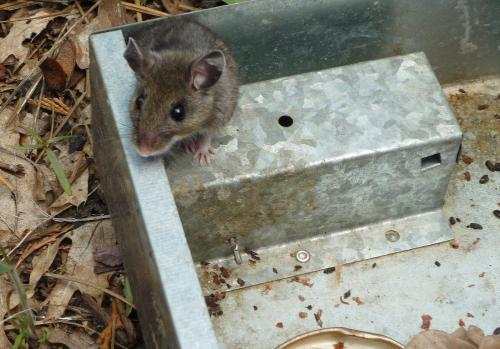 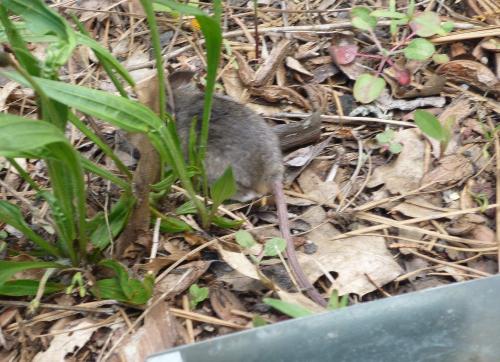 That was yesterdays rodent relocation mission. 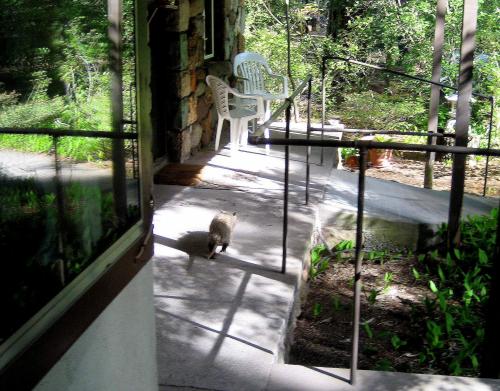 This is today’s ohmygosh what is THAT challenge.

For those who don’t know, and I was one of those people, the critter on the porch of the OBC HQ at Shasta is an Opossum. Defined by WordWeb as a nocturnal arboreal marsupial having a naked prehensile tail found from southern North America to northern South America. From that description this Opossum was in the wrong place at the wrong time.

We take care to do as little harm as possible so live traps are employed to catch the mice that invariably stray into places we don’t want ’em. Cyril was making a good living in the kitchen storeroom before being apprehended. Apparently rodents will return from a distance of up to four miles from where they are trapped. I opened the trap close to the Interstate 5 Highway close to the town of Mt. Shasta. He paused for a fraction of a second and then scampered off into the long grasses. Goodbye Cyril.

We routinely give a name and the Buddhist Precepts to animals. It is the least we can do. They teach so much about compassion – and love too. On first sight the Opossum severely stretched me in the compassion/love department. It looked like the largest rat in existence – but I was wrong.