Out walking this afternoon. What’s that I hear? A sound remembered from long past. Rhythmic rumbling. Could it be, could it possibly be…a steam train? And looking through the trees and to the distant horizon, yes indeed! Steam rising from the engine gasping it’s way up the track bound for Settle in Yorkshire. It probably came through from Carlisle.

Yesterday I walked close to the line of the Settle-Carlisle railway, once called the Midland Railway, as it passed up through the Mallerstang valley. What a bleak place. Full of wild beauty. The waterfalls on the high edge where pluming upwards in the winds, the Eden boiling and rushing along. My first stop was the small church in the village of Outhgill. A treasure trove of history. The hassocks depicting rural life in and around the village are splendid. I’ve a passion for hassocks valuing the hand-work and dedication that’s gone into their making. I took photographs of them for use in a future poetry series. Here’s a steam train. They must have been regulars on the line above the church in the 1970’s, when the hassocks were stitched. 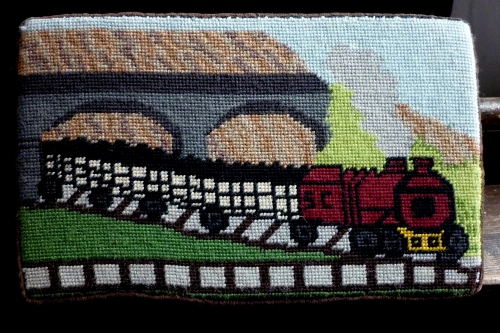 Hassock – a cushion for kneeling on for prayer. Also known as a kneeler. 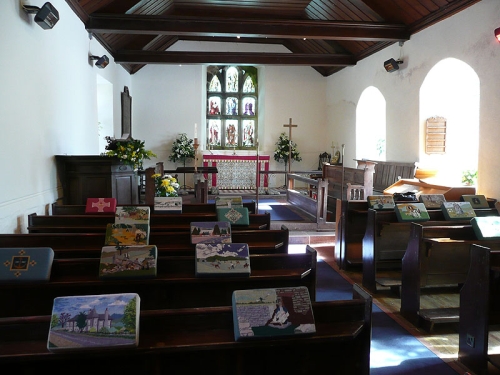 St. Mary’s Church, Outhgill, Mallerstang, with thanks for your trust in keeping the church open. And for the peace to be found therein.

At the back of the church I found this list of those men, women and children buried in the church yard who had died during the construction of the line. They lived in huts. So many of them were babies and young children. 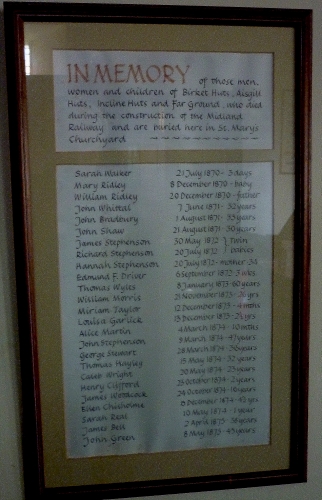 The rest of the walk followed the Eden up stream. Goods trains and passenger trains were my companions. I waved as they went by. Goodness, what a life it must have been to labour on the line or farm the land back in the 1870’s.

But would life have been regarded as hardship by those who lived it, back then?